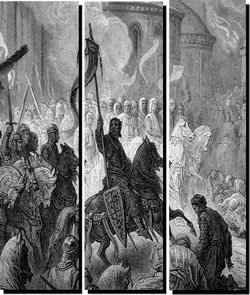 In a new brief filed at the Supreme Court by some of the most influential people in broadcasting - Former FCC Chairmen Newton Minow and Mark Fowler, along with former FCC Commissioner Jim Quello - the FCC's attack on indecency has been referred to as a "Victorian crusade."  Along with other top legal and regulatory mavens, the brief goes on to say that Commission policy squelches creativity and vibrant programming, and will lead to more bland broadcasting.  It goes on to say that live broadcasts are an endangered species under the FCC's aegis.

Back in '04, we launched our own protest of the FCC and Congress' witch hunt to rid the world of Janet Jackson's breast, and words and ideas that might inflame the most radical conservative groups going after radio stations, and particularly, morning shows.  Called Save Radio Now, we received a great deal of support from broadcasters, but little attention from the FCC or members of Congress that interface with the Commission.  We have long believed that this ridiculous period in the history of the FCC is part of the reason why talent like Howard Stern departed for the more friendly confines of satellite radio.

It's nice to see the return of some sanity on this issue, and we can only hope that the November election brings a new attitude to the FCC.