If Everyday Was Election Day 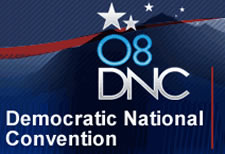 If you watched Hillary Clinton's speech last night, you joined millions of Americans who did the same thing.  After several days of hype and "What if" questions, Senator Clinton finally took the podium and confirmed some of the rumors, while dispelling others.  Still, her speech raised all sorts of questions:

OK, the only people asking these last two questions are people like us.  Here are the ratings that caught my attention:

Not only did CNN edge out Fox News, but they also beat the prime time coverage on ABC and CBS, and nearly edged out NBC.  This is because these networks gave up their news franchises in order to air Dancing With The Stars.  While they now offer some prime time election coverage (an hour at 10p.m.?), the damage has been done.  Once again, the "specialists" - in this case, cable news networks - have usurped NBC, CBS, and ABC.  By relying on past years' data, the major networks stepped away from a tradition they once dominated, figuring that there's no revenue in news coverage and that conventions are "too scripted."

As we've seen during the past two nights, there's been more drama at the Democratic National Convention than on a typical episode of Law & Order.  And with President Clinton set for tonight, and Senator Obama's stadium appearance on Thursday night, eyeballs will continue to move to cable news.

As for CNN, maybe they'd be better off against Fox News if they treated every night like election night.  Our Keith Cunningham coaches morning shows with this philosophy.  When prime time programming becomes routine, consumers will just skip a night… or two.  It's the same thing with morning shows and big daypart personalities.  Each day has to be a great show, a big event, and provide a reason to tune-in.