Boom! Boom! Up Goes The Sales 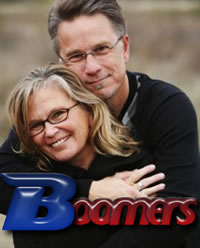 With apologies to Pat Travers, a new TV Land study - "Generation BUY:  A Close Look at the Boomer Consumer" - makes the case for why marketers should be chasing consumers in their forties and fifties.

In radio, an interesting resurrection has occurred, thanks to PPM.  It was just over three years ago, when WCBS-FM flipped to Jack-FM, signaling a full-scale assault on the Oldies format.  But a reversal has quietly taken place as versions of Oldies/Classic Hits have proliferated, thanks to great PPM ratings for the new/old WCBS-FM, WOGL, and other similarly formatted stations.

In the process, radio people have stopped whining about aging demos, and instead, have enjoyed Top 5 25-54 rankings in PPM.  Now this new TV Land study supports this trend, showing that 40 and 50 year-olds spend three times as much money each month on their spouses, and twice as much monthly on their kids.

And to support the argument for aging Boomers, the study also shows that these consumers are more open to new brands and less loyal to old ones than their under 40 counterparts.  Laurel Wichert, vice president of research for TV Land, notes that "this research... dispels myths about 40 and 50-somethings... the lack of brand loyalty coupled with their purchasing power makes the 40-59 audience an extremely desirable target..."