« Video Made The Radio Star | Main | "Everybody, Anytime, Any Place" » 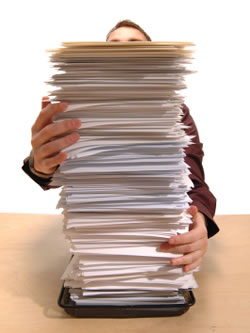 Amidst the craziness of the ongoing political and economic insanity, you may have missed the news that John McCain says he is considering New York Attorney General Andrew Cuomo for chairman of the Security and Exchange Commission - that is, if McCain is elected President.  It's an interesting idea, and another indication that McCain will indeed reach across the aisle and make some "maverick" moves.

So, let's check Andrew Cuomo's current agenda, to get a sense for how he is prioritizing his current job during these tumultuous political times:

Investigate PPM for "repeated and persistent fraudulent and illegal business practices?"  Like Arbitron has intentionally created a ratings system that treats certain formats unfairly?  Most radio people will tell you that Arbitron screws every format or station on a pretty equal basis at one time or another.  But an investigation from the top attorney in the state of New York?

The story took a weirder turn when Barack Obama joined Dick Durbin in protesting PPM for the Chicago rollout.  Full disclosure: I have contributed to the Obama campaign, and I have one of his signs on my lawn.  But in the midst of the worst financial meltdown this side of Herbert Hoover, who's advising him about even commenting on radio ratings at this point in his campaign?

Who's next?  Arnold Schwarzenegger protesting PPM in California?

We'll see if this pressing issue comes up in the next Presidential debate.

On Wednesday at 2:00 pm Central, I'll be hosting a webinar with The Conclave that you might want to check out.  It will be the executive summary of this year's Tech Poll, and if you haven't seen it, it's worth your time.  It covers everything from iPod usage to the downslide of satellite radio to the ongoing "cell phone only" dilemma.  Plus, the survey is now trended for four years, so you can see some of the major changes that have impacted radio listeners via technology, new media, and gadgets.  It's a great way to learn about what radio listeners are doing - when they aren't listening to the radio.

You have to register through The Conclave, and of course, it's free.  Hope to "see" you there on Wednesday.