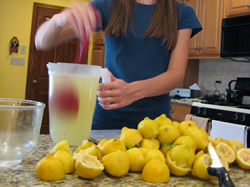 Amidst the financial craziness of the last several weeks, many media conglomerates - including most radio companies - have slashed marketing budgets, laid off more employees, and battened down the economic hatches.  Of course, this won't lead to better or more compelling content.  But the bottom line is the bottom line, right?

Contrast this approach with what's happening right now in Hollywood.  They are investing in films - the movies we will stand in line to see in 2009 and beyond.  A recent New York Times article notes that in recent weeks, billions (from banks) have been poured into film projects.  JPMorgan Chase recently completed three big deals, worth $125 million (with $600 million more being considered).  JPMorgan was also behind the financing of $1 billion to digitally upgrade 20,000 theaters to accommodate 3-D films.

What's the story behind this counter-intuitive investment in content?  The movie industry - based on past history - believes strongly that in tough economic times, consumers will still entertain themselves with great stories and compelling films.

That's how the phrase "Depression-Era Movie Houses" came into being.  During the darkest days of the 1930's, the motion picture industry thrived.

There's no reason to believe that radio cannot participate in what is likely to be a major belt-tightening trend in America.  We don't charge subscription fees, you don't need expensive broadband connections to receive us, and our hardware rarely breaks or becomes obsolete.  If we can provide solid, entertaining content during this period, we have the chance at re-energizing our business.

When I programmed WRIF back in the early '80s, the economy in Detroit was a lot like it is today - scary and unsettled.  Bumper stickers that proclaimed "Will the last one to leave Detroit please turn out the lights?" cropped up all over the country.

At that time, we committed the station's promotional and marketing energy to providing free entertainment for a money-starved audience.  We put on a series of free shows at a downtown concert venue, and worked hard with local promoters to create discounts for listeners.  By tapping into the psyche of a depressed metro, the station generated resonance, respect, and loyalty.  It was part of the brand foundation that has contributed to the station's success a couple of decades later.

It can happen again at the local level for stations that understand their listeners, and what they're feeling.  Field a couple of Listener Advisory Groups before Thanksgiving and find out for yourself.  Instead of asking about the new AC/DC album, spend some time finding out about how the economy is impacting their feelings, their spending, their families, and their futures.  You'll learn a lot, and it will provide information that you can make use of for sales, programming, and marketing.

The movie industry is confident that great content will get them through this recession.  What's your strategy?