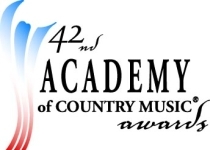 It's the 2009 Grammys, and the winner of the best Rock song or Rock album takes the stage, grabs his/her Grammy, and says the following, "I would like to thank Rock radio for helping me win this prestigious award."

But during the recent CMA Awards show, there was George Strait and Rascal Flatts thanking Country radio for their airplay and support.

As the economy worsens, you'd like to hope that everyone will be more appreciative of who's buttering their bread, and keeping them working.

In Country, they truly get it.  In Rock, well, I can dream.