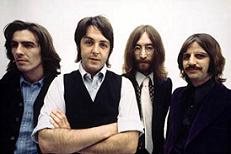 While you're trying to determine what the hot got-to-have toy/gadget will be this holiday season, I'm thinking that the '09 award will go hands-down to the Beatles' new game, which MTV and Harmonix (who makes Rock Band) announced last week.  It's not just that the Beatles have finally committed to a video game (and you have to wonder what Activision/Guitar Hero will do next - the Stones?).  It's that their music will finally be digitally distributed.

The folks at MTV say this won't be the usual music/video game, and will contain more interactive features that go well beyond Rock Band.  In fact, the game apparently won't even use that brand, but will be positioned as a new model that Harmonix's Alex Rigopulos says will be "built from the ground up."  For the Beatles, that's the way it should be.

If you've seen it, you know that this MTV/Harmonix video game will be something special, and not just an "expansion pack."

For the Beatles and their heirs, this is a major moment because it represents the band foray into the digital world.  There is no telling how huge this will be, but given the success of the Rock Band and Guitar Hero franchises, this "game" promises to be something special.  And for Beatles fans - and those who have not yet discovered the Fab Four - this will be yet another way to enjoy their music.

My favorite quote of the last decade comes from Jon Stewart, who when asked how people will enjoy "The Daily Show" years from now commented:

"We make the donuts.  We don't drive the trucks."

Exactly.  If the content is there - and there's no question that the Beatles' catalogue will live on forever - distribution outlets of the future - like video games - will support it.  This is yet another reason why radio broadcasters simply have to focus on proprietary content that consumers cannot get anywhere else.  Whether it's transmitters, mp3 players, video games, or technologies of the future that we don't know about, "While My Guitar Gently Weeps" will live on.