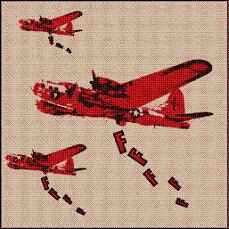 There's been a lot of talk about Joe Scarborough's F-word miscue last week on his MSNBC, "Morning Joe."

Oddly enough, I was watching in real time (while reading email, of course), and just about fell off my chair.  Yet, the lack of reaction afterwards from just about every corner, is even more shocking.

First, Scarborough had been a vocal critic of the Janet Jackson incident, and was vitriolic about broadcasters paying for these types of mistakes.  Just a few years later, here he is addressing his gaffe by advising adults watching his show that they should simply get over his "F-bomb moment" and move on.

And no one else was outraged either.  Some explained that cable TV is different from broadcast, and lives by a different set of rules.  Really.  Ask anyone under the age of 30 which channels are broadcast and which are cable and the chances are good they have no clue.  All the channels simply appear on their screens, whether they're CNN, NBC, CNBC, MSNBC, or CBS.

Secondly, others (including Tom Brokaw) have noted that the "F-word" has become such a normal part of the language that it has virtually become acceptable.  While there's truth to this, it's amazing that when these slips have occurred on the radio, the FCC and Congress have been vicious with their threats against stations and personalities.

And while MSNBC has now acquired a delay unit for "Morning Joe," they apparently won't use this technology for their other shows where the likelihood of more verbal mistakes is just as great.  Contrast that with the complex multi-delay systems that radio stations have been forced to install - not to mention the personnel who are constantly "on the button" - and you get a sense for the hypocrisy of this moment.

Radio has paid the price for all this vitriol from the hardcore right wing, and it has cost the business a great deal, in terms of advertiser revenue, legal fees, and the expense of monitoring our own potential "F-bombs" and other nebulous FCC violations.  Conversely, I'm sure there were no agency boycotts or "do not buy" lists for "Morning Joe" this week.   Nor were there any indications that Scarborough had to sit down with a team of NBC lawyers, or put up with threats, fines, or suspensions.  In radio, the net result of a similar slip-up would likely have been an on-air apology, some form of punishment, a letter in "the file," and possibly a dismissal.

When radio CEOs claim that our problem is more perceptual than real, it certainly applies to this issue.  We have done a terrible job of promoting and defending some of our most dynamic personalities.  The NAB has systematically ignored some of radio's biggest stars - from Howard Stern to Bubba to Opie & Anthony.  Instead, the industry would rather be associated with more "wholesome" entertainment, totally missing the edgy direction in which America has moved over the past decade or so.  As a result, these personalities have felt the alienation, and have run scared from the potential government backlash, thus creating the exodus to satellite radio.

Broadcast radio faces bigger challenges moving forward than even the newspaper business because our P.R. efforts have been so miniscule.  This has allowed others - from Sam Brownback to Mel Karmazin to Tim Wildmon - to define and defile a business that is still the best, easiest, and most cost-effective way to reach American consumers especially during tough times.   Eff that.

Not to mention the absolutely paralyzing fear that has led many talents to simply not push the envelope like they did before 'nipplegate.'

The F-bomb I dropped in 1950 A sudden ending to what I thought was going to be a short-lived career I was only on staff for a short time at radio station WEEK, in Peoria, Illinois. Every day at 1:30PM, I had read this same commercial for 4 months: No washday muss, fuss or work, with the ABC-Omatic washer and dryer from the Central Illinois Light and Power Company. Well, one day I read it thusly: No washday muss, **** or work with the... It was afternoon, and god only knows how many people heard it, but, I looked up at the engineer on duty--nothing, no call from the engineer at the transmitter, I got up to go to the receptionist area, expecting to find the switchboard lit up like the proverbial Christmas tree--nothing. Walked across the hall to the executive offices--nothing. It wasn't until 5:00PM, when my relief announcer came on duty that he asked me, "Did I hear you say" -- I interrupted him and said, "Yes, George, and you're the first person to call it to my attention. The F-bomb played in Peoria

YEA BUT WE CRUSIFIED HOWARD STERN OVER IT...WHAT A HYPOCRITE YOU ARE