The sands are shifting very quickly in the world, in our country, and in our business.  It is noteworthy that some companies are "getting it," and responding to the changing emotion of the American consumer, while others are missing it entirely.

In the midst of their new Yankee Stadium project, many luxury suites are going unsold - despite all the hype and excitement.  Season ticket sales are slowing, while many tickets in the new stadium will be considerably more expensive than in the old ballpark.  The Milwaukee Brewers - fresh from their playoff run - have increased ticket prices in '09.

What are they thinking?

In the meantime in Boston, tickets prices are being reduced for the '09 season.  Their CEO, Larry Lucchino, noted: "This is not based on an assessment of a reduction in demand.  We have thousands of people on our waiting list.  This is an assessment that this was the right thing to do for the people of Red Sox Nation who have been loyal and committed fans to us." 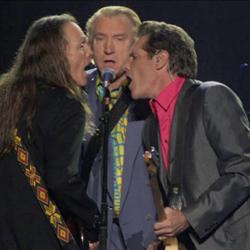 Meanwhile over at Ticketmaster, their new CEO - none other than music industry genius Irving Azoff - has dropped those nasty "convenience charges" on all tickets for the upcoming Eagles tour.

It's about reading the tea leaves, and these moves have resonance for radio.  Is the right tone right now to be giving away big items and luxury prizes?  Or is it more about finding discounts for listeners that are meaningful?  Or is it about putting together charitable and community events that help those in need?  Or is it about providing listeners with free/less expensive entertainment during times when just going to the movies is a major expense?

I'll leave those decisions to you, because as we consultants always say, "Every market is different."  But at this anxiety-ridden time, it might not be a bad idea to review what's on the air, and what's coming up, and take your audience's temperature in the process.  The Red Sox and the Eagles are proving they understand their loyal fans very well.

The good thing about your information is that it is explicit enough for students to grasp. Thanks for your efforts in spreading academic knowledge.