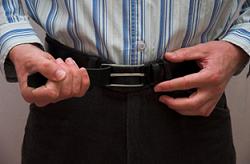 No, not Archie Bell and the Drells (from Houston, Texas), but what's happening in radio (and every industry these days) as the economic pressures and falling stock prices force every company to rethink everything.

Some of you may remember playing Pick-Up Sticks as a kid.  It was a mental and physical challenge to carefully remove sticks from your structure without collapsing it.  That's what radio ownership and cluster managers now face as they survey the landscapes of their companies and their stations.  Every time a PD, a GM, or an afternoon jock gets axed, the entire entity shakes a bit.  For the rank-and-file, these are nervous days, but don't envy the executives at the top who are forced to pull the strings during these precarious times.

Yet, when you look at some of the programming and management cuts that have been made, you have to wonder about radio's future.  For many, they've reached the point of no return.  Some of the truly talented veterans that have been "laid off" aren't coming back.  They'll either hang it up or look outside the industry for their next opportunity.

Many of you probably saw that Paragon study that suggests that young people are actually listening to more radio compared to last year.  It's being touted by many radio organizations, covered in the industry trades, and even made its way into the New York Times last week.  Paragon is a reputable company, and a spot of good news about a challenged industry is always welcome.  But I have no idea where they're coming up with these numbers.  Our Tech Polls continue to show listening decreases among young people - and our respondents are core radio listeners who are members of email clubs.  If they are spending less time with terrestrial radio, what must be happening among radio's P2s, P3s, and beyond?

Your own visceral knowledge of young people should tell you something different.  Radio isn't growing, especially among teens and college students.  The distractions and options are plenty, and amidst all the cutting, radio certainly isn't going to sound better.  When you see major league PDs like Bob Buchman and Larry Sharp on the street - despite sporting great ratings in the nation's biggest markets - you have to wonder whether all the budget cutting isn't going to eventually start eroding great brands that took years to build.  As research, marketing, staffing, management, and yes, consulting is being sliced out of budgets, stations are going to need more than inertia to stay compelling, much less listenable.

So, ask yourself whether radio companies are tightening belts or actually tightening the noose.  It's a tough, but a fair question as the last quarter of the year plays out.