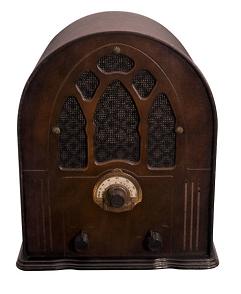 It is fascinating that as the recession deepens, and media outlets big and small recalibrate their losses, radio continues to look good - in certain metrics.  New national Arbitron data indicates that while TSL has dropped, overall listenership in the U.S. has jumped from 232 to 234 million this year to last.  That's not a bad story overall, when you consider that "flat is the new up."

And why shouldn't the radio story get even better?  As consumers reassess everything, there is increasing evidence that media and entertainment expenditures are under intense scrutiny.  This is especially true for media that people pay for.  We're all going through it, asking ourselves the ever-present question: What do we really need and what would be best left for better times?

Comcast is experiencing this right now as customers are calling the company looking for relief from high cable bills.  They have developed more inexpensive cable bundles that limit channel access, while lowering monthly outlays.  You have to believe that Sirius XM operators are taking similar calls from nervous subscribers.

A recent study from Nielsen Mobile indicates that more and more consumers are questioning why they have a cell phone and a landline.  And many of them are in the 35-54 age range, not struggling college graduates or twentysomethings.

This is more evidence of the importance of our annual Tech Polls, the fifth of which is planned for February.  As the recession alters media habits and expenditures, it will be even more important for radio to seize available opportunities.  How are consumer habits changing?  Are we possibly looking at lowered numbers for satellite radio and even iPod purchases in 2009?

Meanwhile, a free medium that offers so much entertainment and information may be perfectly cast for recessionary times.  Radio could actually glean even larger audiences in the next year or so, especially if it more effectively makes its case to consumers - and advertisers.

There is a marketing campaign here.  After all these years of satellite radio redefining our industry, isn't it time for radio to step up and aggressively take pride in what it does best, while pointing out radio's inherent assets?  Is it "Radio Heard Here" or is it "Free Radio NOW?"