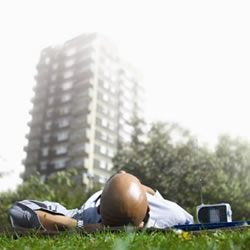 Today's guest blog is from our own Bill Jacobs, who provides reasons for us to listen to terrestrial radio.  Why, you ask?  Because it's free!

You don’t need me to tell you that we’re living in a very unique time, one that none of us could have ever imagined.  With the exception of gasoline (which is definitely nice to see), prices are high or rising and so is unemployment.  Concurrent with that is the reality that consumers are spending less on nearly everything – auto industry sales are plunging, and the Christmas retail season is looking scary.  Satellite radio's woes are well documented, and an industry where subscribership has historically held up well - satellite television - Dish Network is experiencing declines.

All of these subscriber-based services cost money.  Yet, terrestrial radio does not, and that remains one of its key selling points during this unprecedented economic tsunami.  Few things in life (that are any good) are free.  Douglas Gomery, the emeritus professor of journalism at the University of Maryland, notes that in rough economic times, two winners -- at least should be television and good old terrestrial radio.  For the same reason that low-cost providers such as Wal-Mart (the lowest prices) and McDonald's (dollar menu items) appear to be weathering the economic storms, it stands to reason that, “TV and radio will both do well during a deep recession," according to Gomery.  He goes on to state that “A poor economy is not likely to be kind to satellite radio services XM and Sirius – even as merged.”

In recent months, radio stations have faced tremendous cutbacks in all areas, but the expectation of viable entertainment every time a consumer punches up a station hasn’t waned.  That, coupled with the fact that radio is arguably the best free media proposition, means that broadcasters must maintain a level of quality and consistency, even in difficult economic times.  And while staying positive is a challenge, it's a must.

Should radio stations go on a full blown on-air campaign touting the fact that we're free?  That’s a station-by-station call but certainly there’s a lot to be said for pointing out this very fact:

As consumers continue to cut back on many entertainment options, it is crucial to remind listeners they get the most bang for their buck from radio:

How's that for a little free advice?