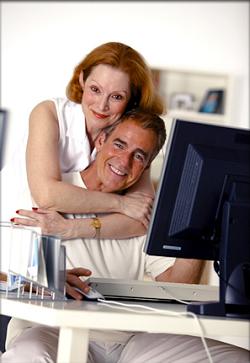 Today's guest blog comes from our Internet Strategies Director, Tim Davis, who advises us that the Boomer generation has very strong purchasing power, and should not be overlooked.

Most people who work and focus on the digital space spend their days (and nights) thinking about the younger generations – Tweens, Gen Y, and even Gen X, but not the Boomers.  That’s where the Internet is going, right?

However, a recent study from eMarketer disputes those assumptions.  In fact, the 56.7 million boomers who are surfing the 'net right now make up nearly 30% of the online population.  Sure, it’s not the majority of users, but they do comprise the single largest group of Internet surfers.  While they don’t all work their way to Facebook and MySpace, they are out there – and their media habits are changing, just like their younger, supposedly hipper, counterparts.

But there are important differences among the boomers.  According to eMarketer Senior Analyst Lisa Phillips, “Older boomers, ages 54 to 62, use media more like the ‘matures’ who precede them, and younger boomers, ages 44 to 53, act more like Gen Xers online.”

The older group still tends to get most of their news offline, but more than ever, they’re moving to the Internet for more information – and product research and entertainment.  And those younger boomers are watching videos and are avid texters, and they do participate in social networking, Phillips goes on to add “Marketers who pigeonhole boomers as just aging seniors—and expect their Internet use to dwindle—will find their brands ignored and distrusted by this judgmental generation.”

So for radio stations, and other industries that think their 45+ target demos gives them a pass online regarding streaming, entertaining content, and investment in a solid digital brand, think again.  It’s time to start embracing your audience’s digital needs, finding what works through simple contact via email marketing – even texting – and working out ways to keep your brand vital to these consumers.  Despite aging, they are still very active, they are big-time purchasers, and nowhere near retirement.

Just as Classic Rock stations must work to keep themselves fresh and interesting on-air, broadcasters must also strive to make their web sites and other digital efforts as much a part of their brands as the morning show and bumper stickers that have traditionally been areas of focus.