JacoBlog - Jacobs Media's Blog: Flat Is The New Up

Flat Is The New Up 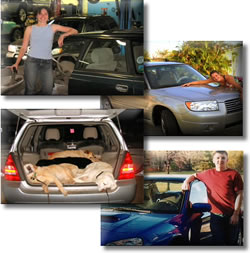 Actually, in Subaru's case, their sales actually increased by 1% in '08 (through November), in the midst of the worst slump in memory for automakers.  Living here in Detroit and witnessing the people-impact of the Detroit 3's strategy and actions generates even more respect for Subaru's accomplishment.

So what has this mid-market car brand actually done, and what type of impact might this have on other industry sectors?

An article in a recent MediaPost News report reveals that Subaru has made many moves that are paying dividends.

One of the lessons all of us can learn from 2008 is that there were some companies that got it right.  If the new year is going to at least start similarly to what we've experience in the past several months, how can radio and any other industry develop a new set of recessionary "best practices" in order to stay alive, vibrant, and get through the hard times?  If everyone's slashing expenses, cutting marketing, and getting leaner and meaner, where is the strategy that can help set brands and companies apart?

More on this issue in upcoming JacoBlogs.