They Take a Licking... 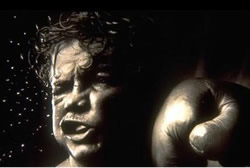 In an interesting confluence of events, a couple of often beaten up broadcast entities had a good week.  Both Arbitron and their PPM ratings, and iBiquity and their HD Radio product, each came away with a few points in the win column.

For Arbitron, it started with the Attorneys General of both New York and New Jersey settling those PPM lawsuits.  It then continued when it was announced that the MRC had accredited PPM ratings for the Riverside market.  While it seems odd that PPM passed muster in a market that no one is really focused on, it's clearly a step in the right direction for Arbitron's electronic ratings system.

Then there's iBiquity.  HD Radio had strong presence at CES in Las Vegas last week, and according to sources (OK, Buzz Knight), there were lots of people hovering around iBiquity's booth, and some upbeat car news with Hyundai now offering factory installed HD Radios.

In a sea of tough news about radio, it's interesting that two of the more embattled companies and initiatives actually had something to smile about last week.

Full disclosure:  Jacobs Media has conducted research for both Arbitron and iBiquity in the past couple of years.

Actually, the Press avoided iBiquity's Booth - nothing reported about HD Radio. But, plenty of Press about Blaupunkt's Internet Car Radio, which received First Place from Popular Mechanics (big surprise). US automakers, starting with Chrysler this year, will be installing Internet Radio. Can we say "adios" to Satrad and HD Radio. At least Blaupunkt won't be jamming our 800,000,000 analog radios. LOL! HD Radio is a farce!

"What is MSN Direct"

"The company's MSN Direct was developing a new traffic and local information service using HD Radio signals. But after two years of investigating how HD Radio could be tapped, Microsoft decides to stick with its current analog system instead of converting to an HD Radio data service."

Microsoft's MSN Direct just dumped HD Radio. BTW, looking at the images of iBiquity's new "portable" HD Radio device on Orbitcast, did anyone notice how thick the device is, to accomodate the 1" x 1.2" HD chip, and the size of the power cord to drive the power-hungry device? LOL!