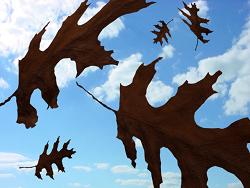 Amidst all the other angst, anxiety, and hand-wringing going on in radio at this time, many Rock and Classic Rock stations, in particular, are looking at their fall numbers and wondering what happened?

For long-time Jacobs Media clients, it's no mystery.  We've tackled this issue before, in great detail.  Six years ago, Ralph Cipolla and I - with the help and data from Arbitron's John Snyder - zeroed in on fall books back in history to determine why so many Rock stations fall in the fall.  R&R published the report, which pointed to NFL Football and Christmas music as the obvious culprits.

At the time, the latter theory seemed a bit at odds with many radio pundits who wondered how come a bunch of hard-nosed Rock guys were seemingly captivated by Brenda Lee, Andy Williams, the Singing Dogs, and Elmo & Patsy.  But it happens, like clockwork every year.  We confirmed it in a Classic Rock web poll.  Whether to keep the home fires burning or because they simply love holiday music themselves, Rockers do indeed turn to All-Christmas radio late in the year.  A follow-up DMR study confirmed that Classic Rock/Hits stations are especially vulnerable to holiday programming.

Well, now PPM confirms the phenomenon.  Teaming up once again with Ralph and John, we've completed a new analysis, based on several PPM markets from this past fall's ratings.  This time, fmqb ran with it: 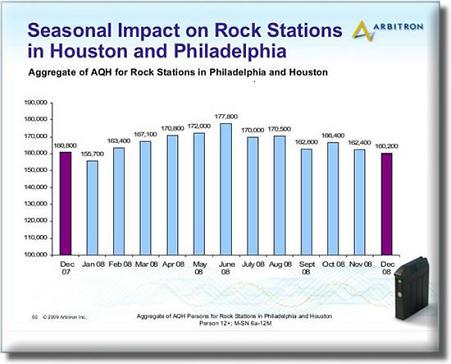 The consultant or programmer who can figure out the "December antidote" will either make some good money or will receive thanks from many frustrated programmers.

But the bigger picture revolves around the way that so many PDs, GMs, and Owners "analyze" fall ratings, and jump to the wrong conclusions.  Odds are, your station is as healthy as it was back in September and October.  But when it comes to combatting Christmas music, you're fighting a battle that is out of your sweet spot.  And in this era of less (or no) audience research, it's easy to point the finger at the music, the morning show, the PD, and anyone else who's responsible for the station's programming.  Too many stations tweak the music or make major changes because of the December swoon, only to regret those overreactions later.

It's a new year.  The Bing Crosby and Yogi Yorgesson records have been put away until November (OK, maybe Halloween), and cume and quarter-hour numbers should rapidly start returning to normal.  Let's focus on having a strong winter book.

Jingle all the way.