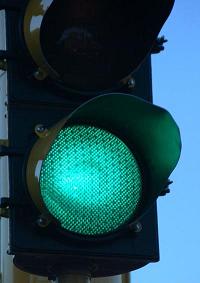 While Sirius XM was being bailed out by Liberty Media yesterday, another key announcement was overshadowed by the news.  The NAB's negotiation with SoundExchange for more than reasonable royalties on radio's Internet streams is an open invitation to broadcasters.  Consumers aren't about paying for satellite radio.  But they want to simply receive audio entertainment on a wide array of devices and gadgets - from computers to phones.

This new deal paves the way for radio to transcend towers and transmitters, and get serious about providing its content in new places, from desktops to laptops to iPhones.  Radio has been struggling in the "location department" for several years now, but can now effectively compete in offices, cars, and while consumers are on the go with mobile devices.

But there's a catch.  Radio needs to step up the quality and reliability of its streams.  Too often an afterthought, we have seen up-close-and-personal what happens when stations produce inferior streams.  We have now launched more than 30 iPhone apps (with more than that number currently in production).  Sadly, we receive many complaints from users who are subjected to unreliable and poor quality streaming services.

It would be unthinkable for a terrestrial station to produce a signal that is inconsistent and poorly processed, but somehow when it comes to streaming, too many broadcasters haven't gotten the message.  The Internet has democratized streamers.  Everyone has the potential to be the equivalent of a 50,000 watts/clear channel online, whether it's a station owned by a big company, one run by a mom & pop outfit, or even streaming-only enterprises.  But when broadcasters fail to step up by providing quality streams, they do themselves a major disservice - and they drive the digital audience elsewhere.

Don't buy iPhone apps or promote streams that will simply discourage users from coming back.  There are too many great choices on the Internet, and too little time for disappointment.  The NAB/SoundExchange deal is an important step that makes streaming for local radio affordable.  But that assumes that radio companies will get the message, and do the basics that can make them competitive in the digital arena.

The rates are sadly, not even close to reasonable. The old rates were considered completely prohibitive when radio revenue was 25% higher. A 16% reduction requires radio to pay a bigger % of its revenues than was the calculus when the original rates were developed.

The NAB really messed up with this IMO. Rather than insure a transition to streaming for radio, this deal pretty much precludes it.