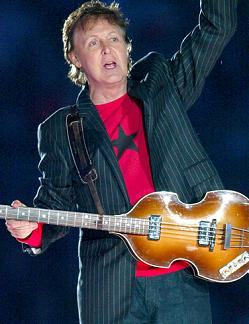 What does it say about the state of Alternative and Indie Rock when Coachella announces that Paul McCartney will be headlining this year's festival?

Roger Waters appeared at last year's festival, so there's a precedent for a legacy entertainer appearing at this event.

Obviously, McCartney makes Coachella a destination for older rockers, while opening up avenues for exposing younger fans to classic sounds.  But at its heart, this was an event that showcased the Indie/Alternative sounds as the next phase of music - post-Classic Rock.  So a prime appearance by a founding member of the Fab Four at Coachella makes a statement.  The bill also includes Morrissey, Franz Ferdinand, and the Knux.  But what does McCartney's appearance say about the traditional Baby Boomer overshadowing of the pop culture of generations that came after it?

And what does it say about the state of Classic Rock?