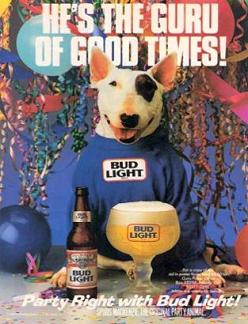 Here's a guest blog from Paul Jacobs about a timely issue for radio:

Imagine going into work today and finding out that you'll be paid for that work sometime this June.  You go to your boss to protest and he tells you, "Tough rocks - if you want to keep your job, those are the new rules - take it or leave it."  Well, there aren't a lot of good jobs out there, so you're stuck.  What to do?

That's the conundrum radio is facing today with one of its biggest, most demanding clients.  Budweiser has informed radio that it will now wait four months to pay for all future advertising.  And by the way, stations that are fortunate enough to get on the buy will be expected to do the same level of "value added" promotions as before.

Now in the good old days (2005?) radio might have told Bud to stuff it.  But it's the bad old days now, revenue's declining precipitously, and Bud's dollars are more important than ever.

So what are radio's options?  Here are a few of the most obvious ones, but none of them is good:

1.  Walk.  Not many businesses can sustain themselves by having to wait four months to be paid.  Walking away is a viable option - unless of course you're responsible for trying to stem the massive revenue declines your station or company is facing.  It's easy to be on the outside looking in and give this advice.  If you're a general manager trying to come even close to budget, it's a much more painful decision.

2.  Take the business.  The expedient, easy way out.  But, if radio bends over for Bud, won't EVERY other advertiser follow suit?  How can you say no to others when you've done it for one?

3.  Take the business but pare back on the promotions.  Isn't this a negotiation?  Shouldn't there be some level of give and take?

One of the supposed benefits of radio's consolidation was increased leverage over advertisers in the form of higher rates and fewer giveaways.  What's happened here?  Where is the leadership?  And most importantly, where is the RAB?

This move by Bud represents further acceleration of the decline of the radio business.  It demonstrates that radio has lost whatever yank it once had, respect among advertisers, and self-respect.

It's symbolic of much deeper problems.  I was speaking to the head of a television network the other day about how his advertisers are dealing with upfront advertising commitments in the second quarter.  While he indicated that several have approached them for some relief, they've held their ground and won't let them out.  And guess what - the advertisers understood.  Do those cojones exist in radio in 2009?

So, it's decision time for radio.  Is the industry going to knuckle under, and set in motion further erosion of its business model, or is it going to stand firm and take its chances?

Maybe this reinforces the notion, that "When you say Budweiser, you've said it all."