It's amazing how video continues to be so dominant all over the Internet.  For this, we have YouTube to thank.  But as that category killer has grown and become an even greater force in web entertainment, something interesting has been happening back at the network ranch.

NBC Universal and News Corp's Hulu has emerged as a big-time success.  Despite predictions to the contrary, Hulu (which is made up of some great TV and movie content) is making a huge impact, and more importantly, it's making money.  Newsweek reports that Hulu made $12 million in gross profit last year (compared to no profit for YouTube).  An analyst for Screen Digest, Arash Amel, estimates that Hulu could actually generate more revenue than YouTube this year.

You may not have known about Hulu, but after the Super Bowl and those great Alec Baldwin commercials, awareness is on the rise.  Hulu is a real video streaming force. 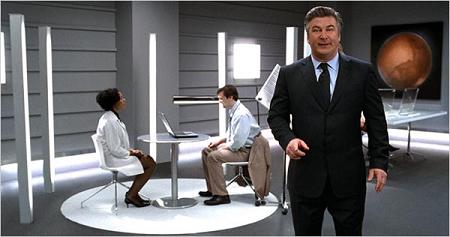 This year, our Tech Poll actually shows a drop for YouTube from 80% to 70%, among those who visit these sites.  So, while video streaming as an activity continues to rise, YouTube's share of this large audience appears to be decreasing.  Meanwhile, 17% of our rockers now visit Hulu - a very nice level indeed.

Meanwhile, four in ten say they visit any of the networks' websites to stream shows and movies, also up considerably from last year.  This tendency to visit sites run by NBC, ABC, CBS, etc. while YouTube is downtrending is no accident.

So how have the stodgy old networks actually outsmarted those brilliant web gurus that created YouTube?  Relying on some of Newsweek's observations, and including a few of my own, consider the following:

1. Content Shmontent - Yes, it matters.  While there's nearly an infinite amount of material on YouTube, much of it is junk.  Homemade videos will only take you so far.  But on Hulu, it's quality programming.

2. We're in the money - Only a small percentage of the videos on YouTube can even carry advertising, while on Hulu, 100% of the shows have that capacity (and about 80% actually run spots).  That says a lot about why Hulu had a good year, and why the future may be tipping in their direction.  And Hulu is experimenting with different advertising models.  In one instance, one of the car companies let viewers choose whether they wanted to see a spot for a pickup truck, a crossover SUV, or a sports car.  In another example, viewers could select whether they want to see a single long ad at the beginning of a program OR ads throughout the show.

3. It's about talent - Unlike how a lot of "old media" companies are trying to master digital technology, Hulu went in a different direction - they brought in outside talent.  A former Amazon exec, Jason Kilar, became Hulu's CEO, and a former Microsoft researcher, Eric Feng, is in charge of development.  Let the experts do their jobs rather than try to retrofit broadcast execs.

4. It just looks better - So many of the videos on YouTube look and feel amateurish.  While that's fine for consumer-generated video, it's not how we're accustomed to watching TV programming.  On Hulu, programs look the way you expect them to look - clean and high-quality.  After you watch a lot of Hulu, it's hard to go back to YouTube.

5. Use your stars (and your cume) - The Alec Baldwin commercials are helping to put Hulu on the map, and using mass reach vehicles like the Super Bowl and other highly-rated network shows to spread the word will increase awareness and page views.

For radio companies, the Hulu story should serve as an example of how our medium could go about creating and marketing digital products.  Radio continues to have content, inherent benefits, and great reach. While many Internet powers (think Facebook) are well ahead of traditional media companies, they are still struggling to monetize all those unique visitors.  In radio - troubles and all - stations and networks know how to sell spots.  But relying on Internet-savvy professionals to help guide digital strategies is something that radio companies also ought to be considering, because even the best ideas won't make it unless they are implemented well.

Hooray for Hulu.  Now let's learn from their model, and see if radio couldn't pull off something successful in the digital space, too.

One point I would add is that Hulu makes a lot of content available at once and with an apple-store simplicity to browsing their selections. People have short attention spans online, they know what they want and demand instant gratification. The networks were streaming on their own websites before Hulu... but who wants to go to all those websites?! I guess the bottom line to my comment is that - in addition to professional content - Hulu has a wonderful interface. I believe its a key to their success and a lesson. A lot of the radio biz is overlooking that just putting something online is not enough, you have to acknowledge the interactivity of the web and the way people use it. Many radio stations have websites that frankly look like they belong to last century.