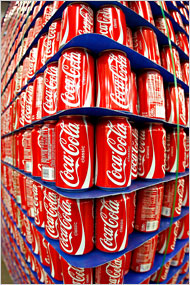 You may have missed the announcement, or perhaps you haven't looked too closely at the red can lately, but Coca-Cola has ceased using the word "classic" to brand their venerable beverage.  After 24 years, their recovery campaign after the New Coke debacle is apparently complete.  For Coke, it's been a textbook story of coming back from a marketing disaster.  For me, it was all about the validation of a format.

Back in April 1985, I signed on my first FM Classic Rock client, WMMQ in Lansing (actually a Class A in Charlotte, MI).  I had spent the last couple of years trying to find an FM home for the format, having changed the name from "Good Time Rock N' Roll" (OK, it sounded like a good idea at the time) to Classic Rock - after conducting some focus groups that pointed us in the "classic" direction.

I didn't invent the slogan, "Classic Rock."  It had been used by a few stations along the way, but never for the type of retro-rock format I had put together.  While the moniker seemed right, I had some doubts.  That is, until the disastrous New Coke campaign came along.

After only 10 weeks, their corporate team realized they had a total mess on their hands, receiving (pre-Internet) 1,500 calls a day from customers complaining about the demise of the standard Coke product.  To recover, they trashed New Coke, and re-released the traditional product under the name "Coca-Cola Classic."  And that's the way it's been now for nearly a quarter century.

For me, it was a marketing victory, as various pundits in radio attacked "Classic Rock" for sounding too much like "classical," along with other criticisms.  And as I watched Coke come back from the marketing grave, other products started adding "classic" to their labels and branding as well.  For a couple of years, I collected everything from ketchup to peanuts to motor oil products on a shelf in my office - all brands that started adding "classic" to define their products as traditional, reliable, and having stood the test of time.

So here we are 24 years later, and Coke (who has only been using "classic" in North America) has finally dropped the slogan from their cans and bottles.  According to Scott Williamson, a company spokesman, "When people think Coke, they think classic, so more than two decades after introducing the word classic, the reason for being - quote unquote - for that word as a descriptor has disappeared." 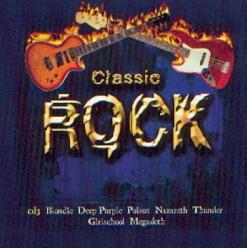 Yeah, I've dealt with some programmers who have told me the same thing.  Everyone knows we're classic, so why do we have to keep saying it?

It's unusual in radio when a format name mirrors the same language the audience uses to describe the music.  It's not the whole deal, but it's one of the simple reasons why it's so easy to market Oldies, Country, All-News ...and Classic Rock.  And when you have a name that essentially says it all about your product, why change?

I'm going to go grab a Diet Coke, and give that one some more thought.