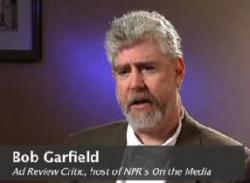 As the media industry continues to try to understand where it really stands, some very smart analysts are taking their shot at interpreting the present, and what it means for the future.  It is easy to blame our current media woes on the recession, but harder to develop an accurate vision for life after a recovery.  Will media rebound when the economy gets back on its feet?  Or is the recession just a smokescreen for a larger systemic problem that is facing all media?

In radio, we have a habit of internalizing our problems.  But as time goes by, and we watch what's happening with newspapers, magazines, television, and even Internet, it becomes clearer that radio is just another victim in the current reformulation of advertising, accountability, and ass-kicking.

To that end, Bob Garfield - co-host of NPR's "On The Media" and columnist for Ad Age - just wrote a devastating piece that will make you consider a career in data processing.  "The Future May Be Brighter But it's Apocalypse Now" lays out the case that the media model that has gotten us to this point is flat-out over. And with it, will go many of the media institutions that have been around for decades - or more.

Garfield paints a bleak picture - that broadcast, print, cable, and Internet are all struggling - and failing - to monetize their assets - and that there's simply too much media to subsidize with traditional advertising.  I'll let you read this piece and reach your own conclusions.  Hopefully, with a stiff drink in hand.

But of course, there's the other side.  And in the spirit that we talk about often in this blog, let's resist the temptation to simply go the gloom and doom route.  How do we get out of this mess?  Is there a way to pay for all this content, and get the economy moving again?

To find out, we turn to another smart guy, a former radio programmer and executive.  Some incredibly smart folks have left radio over the last few decades to make their marks in other/related businesses.  Tom Calderone, Brian Phillips, Lee Abrams, and many others have utilized their experiences in radio to bring a sense of innovation and creativity to other industries. 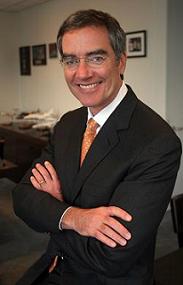 No one has done this better than Bob Pittmann.  From his days in radio in the '70s (with NBC) to creating MTV to Six Flags to AOL, Pittman's intuitive sense for what works, and how to motivate consumers is legendary.  One of my favorite examples goes back to his radio days in Chicago, working with then-Country formatted WMAQ.  If you are of a certain age, you remember the buzz that was generated by Pittman's "WMAQ is gonna make me rich" contest, that prodded Chicagoans to answer the phone with that phrase in order to win cash.  When I hear programmers talk about building cume and awareness, I think about that contest, and its incredible ability to transcend WMAQ's audience boundaries and electrifying an entire city.

So segue to this month's Fortune where Pittman opines about what would truly stimulate the American economy - advertising.

Pittman reasons that while some Americans are simply cash-strapped and unable to part with their money, a much larger group is on the sidelines, waiting for something - an "all clear" signal or perhaps some powerful incentives that can be delivered through basic advertising channels.

As a candidate who broke all previous advertising spending records, President Obama knows only too well about the power and impact of great ad and marketing campaigns.  While we're stimulating banks and insurance companies, while creating jobs for infrastructure improvements, we'd do well to set aside a few of those billions for stimulating the advertising business.  Pittman talks of additional tax credits for advertising - a good idea to give the guy on the street a reason to start spending again.

So whose vision/solution/analysis do you like better?  Garfield's?  Pittman's?  Or perhaps your own?  That's why there's a "comments" space at the bottom of this blog.  If you're so inclined, let's hear your POV.

I know he's supposed to be the "optimistic" one - but Pittman sounds like a man from another era, out of touch with what's happening.

The "chaos" we're experiencing in media has no historic equivalent.

And the economic chaos has put in jeopardy the notion that we can simply conspicuously consume our way back to "prosperity". That is simply not sustainable.

So I'm not inclined to side with the guy whose world view appears to believe we can re-establish the status quo by just doing MORE of what got us here.

I believe Garfield is correct - the very structure has changed. There's no going back.

That leaves us all confused. We're in the chasm between the old way paying really well (but less and less everyday) and the new way not paying much at all yet.

I'm good with that.

I'd rather we all face the world as it is - get creative and find new ways to deliver value than cling to broken stuff out of nostalgia.

Or worse - a sense of entitlement.

Jeff, I miss your spirit in those "brainstorms." Thanks for chiming in.

The main problem appears to be the consumer's willingness to endure ads as payment for media seems to be waning rapidly. DVRs, Hulu and YouTube, have been ad free for long enough that fewer and fewer are willing to sit through them.

If oversupply was the main culprit, one would think the market would take over and weed out the weak links until some profitable balance was reached.

The old bargain is breaking down - major cable ISP's are testing and ramping up metered service, at least partially as an attempt to protect their video business. Some form of universal pay per view seems to be in our future.

thanks fred! I miss brainstorms! ;)