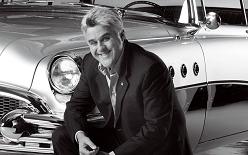 With research budgets moving from sparse to virtually non-existent, radio stations are hard-pressed to keep in touch with audience tastes and trends.  As we've discussed in this blog, web polls are an outstanding way to track the tastes and attitudes of core listeners.  But whether it's a perceptual study or a web poll, the output is still statistical.  I'm here to tell you that there are things going on in your listeners' worlds that have nothing to do with data.

That's why I've always been a fan of Listener Advisory Board sessions - or "Poor Man's Focus Groups."  This is where you recruit panels of listeners from the station database, bring them into the conference room with pizza and soda, and talk about the station.  They cannot give you the total picture, but they can provide some of the stories that you just don't see in the numbers.

I've probably conducted more of these on behalf of our clients than anyone in radio, so I am rarely surprised by what I see and hear.  When programmers are in-tune with their stations, there's very little that listeners will tell you that is shocking or even original.

But in the past couple weeks, I've seen and heard things in some of these sessions that have profoundly impacted the way I'm thinking about radio, and its role in listeners' lives.  Oftentimes, I lead the groups with a brief discussion about technology usage (iPod ownership, texting, social networking sites, etc.

But lately, I'm asking listeners about the economy, and how it is affecting their lives.  And the result is stopping me in my tracks.

We all know from our own experience about just how different this economic crisis is.  From the way our radio stations are performing to the declining values of our homes and investment portfolios, every day is a reminder about how off-the-charts this downturn has become.

But talk to listeners - real people many of whom are less fortunate than most radio professionals - and you hear a different story.  This recession is turning lives upside down.  People are eating out and going out less and less - doing without the luxuries that have marked the last few generations.  The little things now mean a lot - a dinner with your wife or even tickets to a movie theatre.

I have often been critical of stations giving away fast food coupons and similar prizes because they are small and are no big deal for most people.  But L.A.B. groups that I've recently seen are causing me to rethink some of these "givens."

And while this recession gets more sobering by the day, it occurs to me that radio - of all local media - has the best chance of truly making eye contact with its audience.  In fact, radio has the power to make a difference in people's lives.  Whether it's simple giveaways - tickets, meals, nights out, station parties - or even paying the bills (gas, groceries, etc.) - the little things make a difference right now.

In fact, just a change in language, approach, and attitude geared more toward empathizing with what people are going through is what separates radio from the local paper, the local TV station, and certainly national media.  This is where we excel - connecting with Main Street, understanding and sympathizing with them, and just making them feel better.  More so than other media, radio can be that escape, from the music we play to the personality shows that entertain and get their minds off their problems. This is why you're beginning to hear a more empathetic approach from big brands.  Hyundai (based on focus groups they conducted in October) now lets you return one of their vehicles if you lose your job.  And Jet Blue has touted a deal where airfare is refunded due to sudden unemployment. 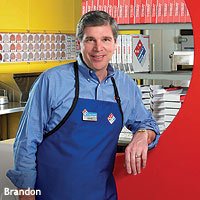 Domino's Pizza has obviously seen the same phenomenon in their research.  They've launched a new campaign, "Pizza Taste Bailout," that offers lots of food for a low $5 price.  But it's in their new ads where you can hear the resonance of their messaging.  CEO Dave Brandon, who appears in their commercials, points out, "We know times are hard.  It's a reality we are all facing, but I didn't go to Washington to ask for a bailout. Instead, we are giving one. I'm proud to be able to offer our consumers a promotion with such a great deal on pizza. By adding our oven-baked sandwiches to the mix we are further increasing the number of taste varieties to the offering."

It's times like these when radio can really shine.  Radio always responds well to the local disasters - it's just that this one isn't as tangible, like a tornado, an earthquake, 9/11, or the cop who gets shot.  This one is more insidious because it quietly affects just about everyone, and in ways that many people aren't comfortable talking about.

But that's why the conversation is so important.  By letting your audience know that you feel some of their pain, and want to help, you're providing support, relief, and empathy - things that are in short supply.  And by rethinking giveaways, and the language you use to discuss them, your station has a wonderful opportunity to serve your audience at a time when they need it the most.  As marketer Gerald Zaltman points out, there's a lot to be said for a "We're in this with you" mentality.

All of this is not to say that the things that programmers always worry about - sales promotions, rotations, weekend schedules, Babe of the Day - aren't important.  The consistency and integrity of your sound and your brand are what makes you a viable media outlet to begin with.  But how you use that power and position to connect and engage listeners at a truly profound time in their lives (and in American history) can be a difference maker that transcends concert sponsorships and who played what first.

And if you're still thinking big, consider what Jay Leno is doing here in Detroit.  His free 2-night "Comedy Stimulus" show at the Palace of Auburn Hills has endeared the already-popular host to the world.  And Pepsi is supplying free drinks.  Domino's gave away free pizza to folks waiting in line for tickets, and the Palace isn't even charging for parking.  There's no reason why a radio station (or a group of them) couldn't do something similar in their hometown market.  How much of a difference could it make in people's lives?

Don't take my word for it.  Recruit some listener panels of your own.  And when you bring them in, hold off the discussion about the DJs and the music for a few minutes, and ask them how they're doing.  They've been listening to us for a long time.  We can truly benefit now from listening to them.