JacoBlog - Jacobs Media's Blog: So Much For "The Long Tail"

So Much For "The Long Tail" 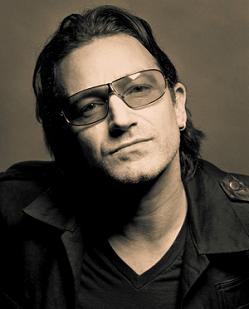 While indie musicians may be benefiting from airplay on websites like Pandora or even HD and satellite radio channels, it's a tough slog to sell their material one CD or song at a time.  The demise of the record labels, and the larger music industry model, challenges unknowns and even once-popular music icons to rethink how to market their songs and albums to consumers who now have infinite choices.

"The Long Tail" effect which makes it possible for the little guy to sell and expose his music on iTunes (or get her films rented on NetFlix or his books sold on Amazon) won't make anyone rich, but it will keep careers alive.

Kevin Kelly of Wired magazine wrote an article one year ago called "1,000 True Fans" - a manifesto for how artists and craftspeople can build a small but loyal fan base in order to survive.  That's great if you're the sculptor working out of your spare bedroom studio or the folk musician playing gigs on the weekend.

But if you're U2 - trying to sustain a 30-year career during these tumultuous times for the music industry, what's your plan?  Well, they're one of the few bands that continues to rely on the traditional model - a record label (in this case, Universal Music) and its promotional department.  Yes, U2 is wisely exposing themselves and their music on network television (especially the Letterman 5-day stunt) and via large-scale awards shows and events.  A big band needs a big plan.

Here's Bono, from a recent New York Times article, speaking about the U2 philosophy in 2009:

“I’m interested in commerce. The excuse for bigness is that songs demand to be heard if they’re any good.  And without the kind of momentum of being in a big rock ’n’ roll band, you won’t get your songs heard.”

"Addressing The Long Tail: HD2s and HD3s for Fun and Profit"

"Analog radio cannot effectively serve The Long Tail. Broadcasters have had huge success addressing the 80% with widely popular mass market content pushed through our loud speakers. But our economic structure won’t let us take advantage of the few consumers who like reggae or death metal or comedy or mommy talk. You simply cannot program niche formats on analog stations and make the numbers work – listenership and revenue potential are too low to cover capital and operating costs... So go ahead, grab that Long Tail. It will help your station, and help the industry."

"Harvard Business Review: Should You Invest in the Long Tail?"

"Chris Anderson, editor of Wired magazine, argues that the sudden availability of niche offerings more closely tailored to their tastes will lure consumers away from homogenized hits. The 'tail' of the sales distribution curve, he says, will become longer, fatter, and more profitable. Elberse, a professor at Harvard Business School, set out to investigate whether Anderson's long-tail theory is actually playing out in today's markets. She focused on the music and home-video industries -- two markets that Anderson and others frequently hold up as examples of the long tail in action -- reviewing sales data from Nielsen SoundScan, Nielsen VideoScan, the online music service Rhapsody, and the Australian DVD-by-mail service Quickflix. What she found may surprise you: Blockbusters are capturing even more of the market than they used to, and consumers in the tail don't really like niche products much."

So, Bob Struble - even your old Harvard MBA Department debunked your Long Tail. Maybe, Struble should start reading the Harvard Business Review. What a load.