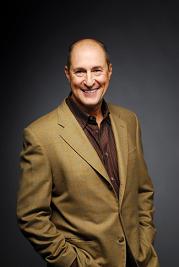 I was reading Tom Taylor the other morning, and happened across this news item out of Boston:

John Hogan, David Field and Peter Smyth meet in Boston for today’s Ad Club “Radio Day.”
CBS Radio is also participating in a presentation for the Ad Club that starts with a keynote from Hill Holliday CEO Mike Sheehan.  And in a smart move, the stations are bringing out some of their top talent for a panel moderated by MPG’s Ellen Comley.  Among the stars – Matty Siegel of CC’s Kiss 108/WXKS-FM, Kevin Karlson & Pete McKenzie of WZLX, WAAF morning guy Greg Hill and WTKK midday host Michael Graham.  Arbitron’s sponsoring the event and its Pierre Bouvard is speaking about – what else? – the PPM electronic measurement system that takes over from the diary next month.  Why is this all important?  Group heads, top executives, headline talent – it all brings excitement to the ad community and says “we’re important, we matter.”

When you think about it, this is one very smart event.  But why did radio have to wait for Arbitron to sponsor it?  Why isn't the RAB, in conjunction with broadcasters in each town, putting on their own dog-and-pony shows to remind advertisers about radio's local power and impact?

And of course, Tom's emphasis in the headline says a great deal about what has gone wrong in radio.  It's all about the CEOs.  The DJs and personalities are buried deeper in the story.

Now don't get me wrong - when advertisers see that Hogan, Field, and Smyth have shown up at a big local media event, it communicates that these guys and their companies are as serious as heart attacks about promoting local radio.  And that's a good thing.  These moguls bring credibility to the table, and can be effective cheerleaders in encouraging agencies to keep thinking "radio."

But what will all those buyers be talking about when they get back to their shops?  Having their picture taken with Matty Siegel.  Or getting in Michael Graham's grill about the stimulus package.  Or yukking it up with Karlson & McKenzie.  Those are the stories, those are the pictures that were emailed, and that's the source of the celebrity that this event really showcased.

The industry lost its compass when CEOs and consolidators started overshadowing the talent on the air.  We have long pointed out the misplaced priorities of an entertainment industry that celebrates its captains of industry more than its on-air stars who keep you listening every morning on your way to work.  But Radio Ink's "40 Most Powerful' list has been out-of-sync with radio's real celebrities for more than a decade.

While radio has thought that its success was all about Mel Karmazin or Lowry Mays, the true stars of the show were Howard Stern, Rush Limbaugh, and Ryan Seacrest, along with the hundreds of local celebrities from Pierre Robert to Todd & Tyler to Geoff Charles.  They're the straws that stir the radio drink, and they're the ones that local media honchos want to see, meet, and hang out with.

A number of years ago, a client station trotted me out to an important agency to present some research we'd conducted, in the hope of regaining some lost credibility and more media buys.  In the process, they also brought their morning guy, a controversial male-centric DJ with a checkered image, especially among "agency types."  Well, you can guess what happened.  The buyers and planners politely looked at my data, while it was the erstwhile morning guy who stole the show.  They hung with him, had their pictures taken, and had a great, memorable, buzz-worthy experience.  I was pure "second stage" to his star power.

As it should be.  Radio needs to take inventory of its assets.  In the midst of all the mass firings, how many babies have been tossed aside during each month's funiture burning episode?  As CEOs ask themselves how many more people can they jettison before a station's brand hemmorhages, perhaps they should more carefully consider who is really putting food on the table, butts in seats, and keeping those PPM meters humming.

Instead of continuing to bludgeon its across-the street competitors, radio ought to start focusing on its real predators - your mobile phone, Pandora, TiVo, videogames, etc.  And perhaps radio also ought to start focusing on who's the real enemy because it begins with that long look in the mirror.  What does radio bring to the table - at least until the next round of cuts - that consumers cannot get at YouTube, SiriusXM, iFart, and Hulu?

It's what hooked us to this business when we were just kids - the local DJ, the personality, the morning team - the hometown stars that are radio's proprietary assets.  If Arbitron's Boston Ad Club event was successful, it was because local stations trotted out their best, their brightest, and their funniest.  Not CEOs, but DJs.

We should be doing this in every market in the country.

We are so busy wondering how we can beat 99X and B105 that we've lost site of the real competition.

(By the way, for a different "take" on this event from someone who was there, check out Neal Bocian's blog (a local agency head).