Say It Ain't So, Bono 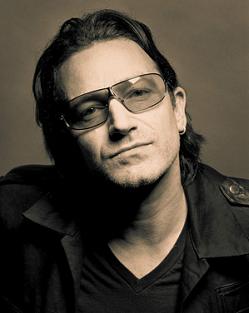 At a particularly important time in the struggle over performance fees, an important voice has been heard.  Bono, expressing thanks for all the radio support U2 has received, has come out in support of a performance royalty from radio.  Here's his thinking:

“While we [the band] have many friends at radio and appreciate the many things that radio has done for our band over the years, we believe it’s only fair that when radio makes money by playing a recording artist’s music and selling advertising, the artist should be compensated.”

Bono is a person who speaks his mind, and his opinions about the world's injustices are well-known and respected.  He has the ears of heads of state, and well-respected thinkers worldwide.  In this case, however, many in radio - and I heard from a number of people - are angry over what they see as a poorly timed statement.  Just last month, U2 received an incredible amount of support from radio for special programming heralding their new CD.  Again, timing is everything.

It makes you wonder about how radio ought to calculate its value, and why the labels - and smart guys like Bono - cannot grasp the difference between spins on Pandora, Sirius XM, or a sporting event - and broadcast radio.  Our new Tech Poll says it all - given all the different sources that consumers use to find out about new music, there's only one that really matters: 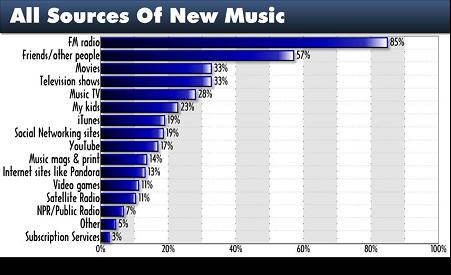 And if you think this poll is skewed toward radio people (well, it is), knock 15-20% off that big FM radio bar, and it's still no contest.

I am often skeptical when I see promotion directors put together client pitches that add the value of hundreds of mentions and promos for proposals.  But it's a valid exercise when you consider the incredible amount of intangible benefits that artists like U2 derive from radio - when they have a new album or single, when they play in concert, or anytime they ask.