JacoBlog - Jacobs Media's Blog: The Bird Is The Word

« Built To Last | Main | The Mother Of Invention »

The Bird Is The Word 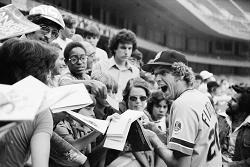 One of the back stories to the economic nightmare is all about those dashed dreams and disappointments that have impacted so many people in radio.  Whether you're a DJ who no longer has access to an audience, an out of work salesperson without nothing to sell, a programmer brimming with great ideas but no station to put them on, or even a CEO or corporate exec with stock options that are well underwater, it's been a year or two of extreme disappointment.

We've had them here, too, at Jacobs Media.  I've been in this business for more than three decades, and have the distinction of having never been fired from any radio gig I've ever had.  Having said that, we've been axed, canceled, terminated, and retired by a whole lot of radio stations over the years.  It goes with the territory.  Sometimes it's an ownership change, as was the case for us when Clear Channel acquired all those Capstar stations.  Or the ratings just didn't happen.  Or the strategy wasn't effective.  Or of course, the situations where the ratings have been great, but the economy wasn't.  Interestingly, we've been hired, fired, and then re-hired by several stations over the years.

But all of these understandable explanations don't make it any easier to handle when the bad news comes.  I often have to fight through bitterness during these moments, especially when I feel that we've been treated unfairly or unreasonably.  And as we all know, those negative feelings can be damaging, and simply unhealthy if we allow anger to overtake reason and logic.

But it's never easy, especially in a year like this one.  I've spoken to so many people whose disappointment is palpable.  Many are often bitter, angry, frustrated, and wondering why this had to happen to them, especially in cases when they were successful, but that wasn't enough to save their jobs. 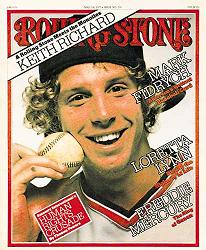 That's why the news earlier this week that Mark Fidrych, former Detroit Tiger one-year wonder, died at 54 in an apparent freak accident on his farm, really resonated for me.  Many of you baseball fans remember Fidrych - The Bird - so named because of his resemblance to the Sesame Street character.  After an incredible rookie season in 1976 when he totally captivated baseball - and the city of Detroit - Fidrych's career ended almost as abruptly as it started with injuries that prevented him from ever being effective again.

I won't go into a tribute to Fidrych here, because there have been some incredible pieces that have run the past few days.  (NPR's Don Gonyea, a Detroiter and reporter extraordinaire, had a wonderful commentary about The Bird: http://www.npr.org/templates/story/story.php?storyId=103104810

The part about Fidrych that always amazed me - and very much occurred to me when I heard the news about his passing - was that he never expressed hurt, disappointment, sadness, anger, or bitterness about his plight.  In that incredible first year - he won 19 games, pitched 24 complete games, was named Rookie of the Year, and started for the American League in the All-Star Game, the Tigers paid him the minimum salary - a hefty $16,500.  While they signed him to a more appropriate contract after that season, Fidrych never made the big money that comes with stardom.  And of course, he fell into virtual obscurity just a few short years later.

And yet, he came back to Detroit from time to time - when Tiger Stadium was closed, and for baseball card shows - always sporting that big, goofy smile.  And while everyone felt sorry for The Bird, he never felt any remorse himself.  In fact, Fidrych was always happy about his short burst of fame and stardom, never expressing the disappointment that we fans all felt.  I have thought about him a great deal over the years, because Fidrych was a guy who enjoyed the simple pleasures of life - his farm, his family, and his incredible year in the spotlight.  When I got the news about this final bizarre chapter in the Fidrych story, it reminded me once again that in order to be overwhelmed by tragedy and disappointment, you have to allow those bad feelings to overcome you.

That wasn't what The Bird was about.