JacoBlog - Jacobs Media's Blog: What Were They Thinking?

What Were They Thinking? 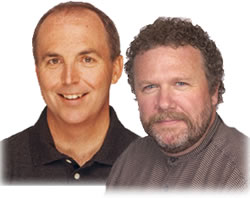 It's getting more and more painful to read the radio trades these days.  It seems like every morning, there's another raft of companies running into financial problems, flirting with bankruptcy, and firing more employees.  As the names have scrolled by over the past year, you cannot help but react personally as a person who has worked in this industry for many years.

Some of the moves are surprising, while others aren't.  If there's an upside to economic downturns, it's that they force companies to take that hard look at their operations, and make the difficult decisions about who can do what, and how to keep operating during these challenging times.  But the nasty downside is that some companies panic, make devastating decisions that are guaranteed to make things worse, and shoot themselves in the foot.  Remember your reaction the first time you saw someone with lung cancer still smoking?  That's what's happening in too many radio operations these days, as ownership panics, and the self-fulfilling prophecy of failure becomes closer to becoming a reality.

With little more than a quarter of 2009 in the books, it is looking like more of the moves are falling into the "nasty downside" category.  Case in point: Cumulus firing Dave Benson yesterday.  I know from my dealings with stations that there is always more to these stories than what you read in the trades.  But understand that Benson was already programming two highly successful major market stations in San Francisco - KFOG and KSAN (The Bone) - because the company axed the latter's PD, Larry Sharp, in 2008.  Benson was already doing double-duty in a Top 5 market, not even a year into PPM.

In Dave and Larry, you're talking about two guys who could program any two Rock-formatted stations in the country.  They are a dream team of programming, marketing, and strategic talent, each of whom has valuable experience with companies like Entercom, Clear Channel, and Susquehanna, where they first programmed in the same building.

With all due respect to the seconds-in-command at Cumulus in San Francisco and the company's corporate staff, my questions are these:  Who's supposed to manage Lamont & Tonelli, keep the Bone sounding like San Francisco's radio version of Maxim, and carefully juggle the nuances that have made KFOG a legendary station, and one of the few truly successful Triple A's in the country?  And what do these moves say to whoever's left at these operations about the company's commitment to doing "great radio?"

Great radio stations don't run on auto-pilot.  And programming, marketing, and strategy still matter.  This recession is going to end, and while radio may not ever come close to reaching its historic heights, stations, brands, content, and talent will still count.

For the privately held companies out there, who don't have debt, who aren't being judged by Wall Street, and who can actually afford a couple of crappy years (relatively speaking), this is the time to grow market share, and come out smiling on the other side of this economic meltdown.  The Dave Benson decision speaks volumes about radio's shortsightedness and inability to adjust to the times.

If anyone needs a couple of great PDs, call me.

Thanks for giving big-time props to two of the best programmers in radio.

I feel so fortunate to have had the opportunity to work as Creative Director with BOTH Benson & Larry for 9 years on the sound of KFOG and The Bone.

Everything you said about them is true - World Class talent. Talk about being at the top of the game!

The highlight for me was working with 2 really strong, but different radio world views on a daily basis.

These guys ARE their brands. Benson IS a "Foghead". Sharp IS a "Bonehead".

They're both passionate and skillful about their kind of radio. Working with them taught me a lot and pushed me to grow in ways that weren't immediately obvious.

On a purely selfish and personal level, I can't help but feel cheated by their dismissal. It's not just me. Their absence leaves an energy and vision vacuum.

But even beyond soft and fuzzy personal niceties, when you net it out - they produced results.

Thanks to these guys - we have 2 rock radio stations in San Francisco that are strong Top 5 25-54 players.

When Cumulus bought these fine stations in 2006 - CEO Lew Dicky came to town and championed Cumulus Corporate Culture as a "Meritocracy".

He also championed Cumulus as a Consolidator.

The meme we're all learning now - it appears he really couldn't afford to be both.

When Cumulus took over the Susquehanna properties, Larry and I had a chance to become co-workers, and friends. We hit it off instantly. I used him for guidance. He used me to find a way to adapt to "the Cumulus way."

I feel like I failed him and some of the others from that company (Leslie Frahm, Dave Benson, and all the other great people that that company got, who aren't there anymore) on what would happen if times got tough: that the company would crumble...cuz that's what they do.

Don't mean to dismiss the diss issued to Dave and Larry but this crap is hardly news. It's been going on throughout our industry for several years now. The list of successful programmers who got the job done but still ended up felling the backhand of management is long and growing every day. And let's not forget the still employed who've had their workload increased and their salary reduced.

While I appreciate all the kind words from Fred, and am grateful to Schmidt for calling me a "Bonehead" (a hat I'm proud to wear), I have to agree with "casual observer". This has happened to way too many good PD's and talent in this country. The short-sightedness of these operators is astonishing. Their greed and arrogance will be their undoing.

I'll see you all in the wine business!

There needs to be a cure for Cumulitus.

first
thanks for writing such a nice blurb about dave....
next
have known benson since my music biz days of the late 70's
so guess it was no coincidence
i was in sanfrancisco working with a client this week
and was lucky enough to go out to dinner with him
the day after they cashed in his chips
he's in good spirits
despite the overleveraged, bad org chart, pursuing other opportunities move by cumulus
we ate burmese food, drank chimay ale, laughed and mindstormed about what was next for him
he's such a wonderful man
with a wonderful mind
i love the guy
and hope/can't wait to help him
when he decides where to share is benson'esque energy elsewhere

Cumulus is the worst company I have ever worked for. I agree with Larry, greed will bite them. Dicky came for a visit in 2008 and said that the Cumulus name in San Francisco is branded already and that soon, when you look for a car, home, or job, you'll be going to cumulus.com as THE portal. Hey, good luck with that!