We decided to conduct a little experiment at Jacobs Media yesterday morning.  We had a feeling that Star Trek would do well, but at more than $76 million in box office receipts over the weekend, the movie exceeded just about everyone’s expectations.

If you buy into the notion that morning shows ought to be a reflection of the local audiences they serve, then you have to believe that a pretty nice sized hunk of your cume plunked down $8-10 to take in Star Trek over the weekend.

For big pop culture events like this one, someone on the morning show ought to have seen it over the past weekend (or it should have been assigned), especially for programs with ensemble casts.

But too often, we tune in shows the day after one of these mega events only to hear:

In either case, it’s a missed opportunity, and perhaps another reason why local shows, in particular, need to step it up to better serve and mirror their communities.

Our very unscientific “morning show inspection” was on a quest to find out who did more than mention the box office numbers, who actually saw the film, and who did something remotely interesting to acknowledge it.  Everyone at the company was assigned 2-3 shows to cume.  Obviously, we didn’t hear every show, nor did we hear all 3-4 hours of the ones we selected.

You probably won’t be surprised by the results.  Despite the fact that Keith Cunningham sent out several ideas on his SmartPrep and the movie was hyped last week and throughout the weekend, a number of shows did very little except to mention the Star Trek phenomenon as a news item.  And there was little evidence that many morning show cast members actually went to the film.

But there were a few shining lights, and they’re worth mentioning.

KKCD/Omaha – Even though he’s not a household-name, morning guy Steve King did a lot of the right stuff.  Not only did he see the film, but he contrasted Star Wars fans with Star Trek fanatics.  Steve also took calls, and posted a related video on his blog.

WRIF/Detroit – It’s Mike In The Morning now, and newsperson extraordinaire, Trudi Daniels, saw the film and reviewed it.  They talked about the film, took callers, and created that “local mirror.”  And they replayed a Leonard Nimoy interview that was originally aired on Friday.  Nice job, guys.

WQXA/Harrisburg – Nipsey, Earl, & Jen spent considerable time on Star Trek, played back clips from the stars (including Nimoy on SNL), and read emails and texts from locals who saw the movie over the weekend (which they promoted over the weekend). 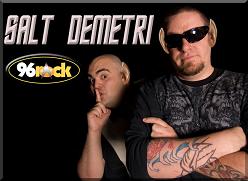 WBBB/Raleigh – Lots of coverage from Salt & Demetri, including Mr. Skin discussing the “Sexy Women of Star Trek.”  Their blog on Monday is titled, “We’re Vulcans, Bitch!” so this was a nice melding of the audience lifestyle and the film.  These guys also spent a great deal of time and attention on Star Trek late last week.

But here’s something interesting to consider.  Ryan Seacrest – who many describe as part of the problem with where radio is headed – nailed it.

And look how he used his Facebook page to showcase listeners doing the “Vulcan Salute.”  Seacrest gets it, and this type of strong national show is a challenge to local personalities who need to find ways to be compelling, relevant, and of course, community centered. 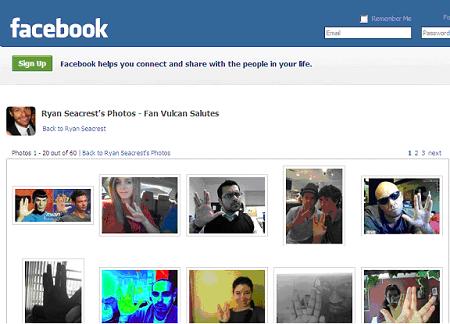 As mentioned, this little survey was far from comprehensive, so if we missed your show (and they did something great), please use the comment section of the blog to tell us about it.

These types of mega-events are great object lessons for shows that somehow missed Star Trek this morning, or perhaps squandered an opportunity to do something special.  I have been told by some personalities that because “everyone’s doing it,” we decided not to cover it.  Your loyal listeners don't know what everybody else is doing.  If it's such a big deal that everyone is going to be talking about it at work on Monday morning, shows need to be all over it.  Your listeners expect you to let them know what's important... or they won't be your listeners very long.