JacoBlog - Jacobs Media's Blog: NOT On The DL

« Politically Speaking | Main | The Phones They Are A-Changin' »

NOT On The DL

To the many who enjoy social networking sites, our own Keith Cunningham would like to tell you about one particular "radio unemployed" person who is using social networking and the Internet to his advantage during these tough economic times.

The incredible data on social networking from Tech Poll V leaves no doubt about the importance for personalities and brands to establish an effective online presence.  But just having a blog, website, or profile pages on Facebook or Twitter doesn’t guarantee a long list of followers, thousands of friends, or any type of viral activity.

In a recent memo to clients, I offered a few rules of the road for social networking.  Now, here’s an example of what can be done with a little effort (and for very little financial investment). 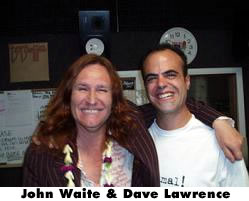 Some of you may know Dave Lawrence from his resume, which includes stints in Boston and Hawaii, but he’s technically “radio unemployed” right now.  That condition doesn’t make him special, but how Dave is spending his “free time” is worth noting.

His digital and networking efforts are impressive.  In fact, they equal or trump what many radio stations are doing at this point.  A few notes…

This post is not about finding a job for Dave.  It’s an example that radio websites aren’t just facing competition from other media, they now compete with anyone who has motivation and passion for music.

The next time you hear someone tell you they don’t have the time or resources to build a great concert listing or event page, or even add more music content to their website, you might want to direct them to Dave’s site.

I have a feeling we’ll see Dave back in radio’s hallways soon, and you can bet he’ll bring his passion for rock to the airways and the websites he’s affiliated with.  Of course, like any good Social Networker, you can reach him in many ways: on Twitter, Facebook, MySpace, or clicking on one of the links below.

I have known Dave since his college days at WERS where he already ruled and transformed the Emerson college radio station to be very exciting (unfortunately that station went back to be pretty boring after he and his little group of friends graduated and left).
DL is one of the most dedicated and innovative person I know. So I am not really surprised he achieved so much in so little time once he put his mind to it. Beside the qualities mentioned above he possess an enormous knowledge & passion for good music doubled with a great personality and the talent to keep everyone interested. Why do think that all these rock stars give him interviews?
Dave we miss you on the East coast! Come back to us!