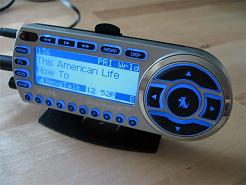 I'm sure this has happened to you.  You're at a gathering with non-radio people, and inevitably the conversation turns to what you do for a living.  And how many times have you been asked, "Isn't satellite radio killing you guys?"  Or "How is AM/FM radio doing now that satellite radio has become so popular?"

Perception versus reality.  Sirius and XM did such a great job in the early years, while broadcast radio sat around (or ran their commercials), that the buzz they generated continues to resonate to this day.

The problem is that the bloom has been off the rose for a long time now.  And the most recent release of Sirius XM's first quarter results shows that they're shedding subscribers - this time, by 400,000 or about 2%.

The company blames poor auto sales, and while they're cutting costs, it doesn't change the fact that satellite radio has been leap-frogged by other technologies, and no longer is the "got to have" gadget.

We have been tracking this for years in our Tech Polls, where subscribership has been flat, but there are other signs of trouble.  In last year's survey, we discovered the ugly truth that if satellite radio came with the vehicle that you purchased or leased, your commitment to continuing to pay was not very strong.

This year, we're tracking Sirius XM's subscriber satisfaction, which has been steadily decreasing since we began our surveys. 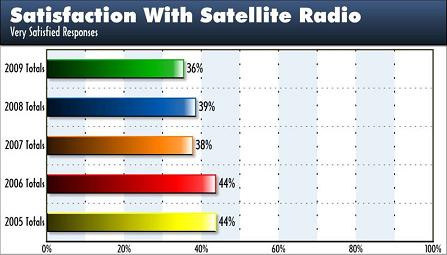 Based on current subscribers to Sirius XM

And the commitment to subscribe continues to be troublesome.  This year, only half of Sirius XM customers say they "absolutely" will keep paying through the end of the year.  Not a good sign. 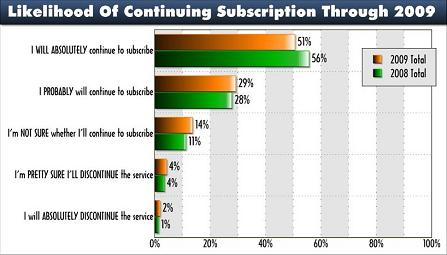 Based on current subscribers to Sirius XM

Does this mean that satellite radio is over?  No, because they still have some impressive content, major personalities, and they have always thought big.  They have some options because of their assets, but with technology moving at such a rapid pace, and given this economy, there are lots of other new media threats of more importance to terrestrial broadcasters.

So, the next time you're at that backyard barbeque, graduation party, or baseball outing, and someone asks you whether Sirius XM will replace broadcast radio, you've got some fresh statistical ammunition.