A recent creative advertising roundtable, co-sponsored by the RAB and the VCU Brandcenter produced some revealing - if not depressing - takeaways about why radio is positioned as a second-class citizen in the media world.  You can watch the video to hear these creative types discuss their views on developing campaigns for radio, but the accompanying Ad Age article reveals so much more.

First and foremost, radio's position in the advertising world feels like it's somewhere between Valpak coupons and sandwich boards.  Described as "an afterthought," radio at the agency level is often overlooked in a digitally dominated world.  And other "old media" - like television, newspapers, and magazines - while severely challenged, are still in a more respected position in the minds of these advertising mavens.

This roundtable is a valuable object lesson that strongly suggests that even when advertising returns to some level of spending normalcy, radio is going to get an even shorter end of an already shrinking stick.  As one of the participants noted, "Agencies are not desperately seeking ways to recommend radio right now."  So along with radio's other problems, the medium's positioning with the ad community leaves a great deal to be desired.

Here are some of my key takeaways from this session, and as always, I'd love to get your read on this dilemma:

The quality of radio advertising sucks.  Crispin's Bill Wright notes that "Even when you do a good radio spot, it's still the best-looking house in a bad neighborhood."  Ouch.  But of course, it's true.  On the local level, there is (at best) one poor guy cranking out spots for an entire cluster.  Yes, in the good old days, just about every station had a production director who created campaigns, spec spots, and actually worked with local agencies to make spots better.  By slashing and burning expenses in this crucial area, radio has sent an indelible message to advertisers that it simply doesn't matter what commercials sound like, and that most stations just don't care about the quality of commercials.  We just want to get the buy.

When you watch a show on TiVo, I'll bet there are many moments when a commercial catches your eye.  I typically stop speeding through stopsets to watch the new Apple "Mac vs. PC" spot, or to catch a new movie trailer, or to see what the new Pepsi commercial is all about.  On radio, you never laugh at a commercial, talk about a spot with someone else, or even happily notice a great branding effort.  Radio spots are usually annoying, and we've taught listeners that they are to be avoided.  Guess what?  Advertisers have gotten the message.

Radio sounds the same.  In this blog, we have discussed the notion that radio seems to be hermetically sealed in the '70s.  DJs aren't much different, music formats are little changed, we're still taking the 9th caller, and "Twofer Tuesday" is a fixture.  Radio commercials are the same, too, from obnoxious car dealers to droll jewelers to screaming mattress salesmen.

Here's a quote from the video that stood out: "I played a radio spot that was from the '60s - it sounded like it could've been...made yesterday... That's part of the problem... the medium sounds the same."

As media and cool new gadgets have been invented, or have evolved and morphed, radio - in the mind of advertisers - is about boomboxes, goofy stunts, and repetitive music.

A number of years ago, Paul and I found ourselves in a high-powered New York ad agency, pitching an Internet concept that we were proposing could be powered by key morning shows in target markets.  We saw radio as a way to drive eyeballs to our web project, and the meeting was going well until one of the agency principals blurted out, "Morning radio - isn't that where DJs run around with underwear on their heads?"

The meeting lasted another hour, but for all intents and purposes, it was over.  As the rest of the room nodded at this comment, it was clear to us that radio would not be taken seriously, largely because of its poor position in the overall media hierarchy.  You can talk about 90%+ reach all you like, but when radio is perceived as a "trailer park medium," it's game, set, match. 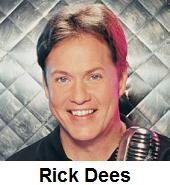 Radio has no identity.  The icons of radio either get old and die (Paul Harvey), or we let them get away (Howard Stern).  As Mike Hughes of the Martin Agency points out, "I don't know what the face of radio is."  In a media world turbo-charged by celebrities and stars, radio continues to gravitate away from big names.

As we have pointed out in the past, "the 40 most powerful people in radio" have been its CEOs, and not its talent.  Adam Carolla has ended up in the blogosphere, while guys from Rick Dees to Woody Fife are on the beach.  And of course, the interpretation of PPM by many is to "shut up and play the hits."

While that may win in the weeklies, it is a strategy that will fail for radio over the long haul.

Radio has lost sight of its value.  While radio's in-car dominance will be challenged as new technology invades the dashboard, the fact is that most consumers are listening to broadcast radio while on the road.  And as one of the roundtable participants points out, "There are a million 'windshield brands.'"  And radio is the perfect medium to immediately reach people when they're out driving around, looking for a place to eat, refill a prescription, buy a car, or pick up some lawn furniture that's on sale.  As newspapers fold, shrink, and lose their impact, radio should be stepping up and having a powerful impact in a weak economy.  Instead, we're sucking wind.

Radio should be doing better.  It is noteworthy that the motion picture business is having a good year.  Consumers are looking for an escape, and for $9 plus popcorn, Star Trek or even Night At The Museum 2 will get the job done.  In radio, our ability to provide free entertainment, coupons, and other simple devices to help folks navigate the hard times should put us front and center during this recession.  Plus, we are an inexpensive, effective, and simple medium to buy and harness.  Of course, all of this assumes that we are focused on the consumer, rather than spending most of our strategic time figuring out how to continue through the next round of layoffs and firings.

Hey, I'm beginning to sound like the RAB.  Except that when you navigate to their site, "war stories" appear to be M.I.A.  Who are the advertisers that have made creative and effective use of radio?  Which campaigns are putting butts in seats?  Who is winning in this environment and what types of "best practices" can be utilized in other markets?

This roundtable discussion tells me that radio is still minor league baseball.  In fact, that's not fair to minor league baseball, because they have reinvented themselves, by learning from one another, and creating a product that looks, feels, and acts differently than ever before.  They realize that you have to work hard to fill stadiums in this economy, and that you have to create strategies and tactics that are unique to your business.

While we still can, radio needs a task force - now - so that when the economy turns, maybe we'll be in position to reap some of the benefits.  There's an NAB Radio Show coming up this fall that needs to blow up the old agendas and rethink everything.  Not only will that attract radio people to Philly, but it just might provide some much-needed answers.

Do the NAB and RAB have a clue about what's really at stake?

Radio's own need to believe in their medium before they can convince anyone else of its genuine potential as an advertising medium.

Fortunately, there are stations across America and Canada that are, in fact, doing these things every day, to the benefit of their listeners and advertisers alike.

Maybe we should be doing more to uncover and tell their stories, for the edification and elevation of an industry that could use just this kind of shot in the arm right now.

As a sales person, this is frustrating to read because I am constantly barraged with "old radio" requests from agencies that we constantly reject. Pitching "new radio" ideas to agencies has been extremely challenging; my experience has been that they do not fully understand how radio and the internet can be a powerful ally for their clients. They seem more than content to use the same old ideas rather than embrace something fresh and innovative, and in most cases, has more trackable results!

Radio is so exciting--after all, it is THEATER OF THE MIND--anything is possible! How can we impart our listeners' passion for our stations/formats to these agencies that think we are stuck in the 70's?

Jennifer, I appreciate your frustration. There's no question that another takeaway from the roundtable was the antiquated attitudes exhibited by several of these agency professionals. We need to do a better job of demonstrating what radio can do to benefit clients, and how we can produce results for them. The combination of old school reach and new media tools should be an incredible enticement but we need success stories, investment, and commitment from the very top.

Thanks Fred. I think this also demonstrates how the stations that aren't putting quality into their product are hurting the stations that are trying to break free of the habits of the old. Sadly, it's yet another example of how our industry tends to hold itself back instead of up.

I agree that any impactful efforts must start at the top; I believe my company is doing that and has been for some time. I guess we need everyone else to get on board so we can finally educate agencies and clients about the power of radio in a digital world.

Thanks for fighting the good fight Fred!