Everybody Needs An Enemy

An interesting thing is happening on late night television - David Letterman actually edged past "The Tonight Show" one night last week.  While everyone is talking about Conan versus Dave, and their new head-to-head competition, it's hard not to conclude that competition can be a good thing. 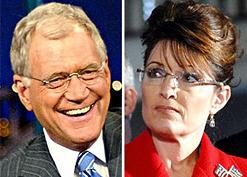 Recently, Letterman has been embroiled in a battle of words with Sarah Palin.  You've no doubt heard by now about his routine on Palin's daughter, her Facebook attack on him, and his subsequent explanation of the bit.  To the question of whether he regretted telling the joke, Dave commented, "There are thousands of jokes I regret telling on this program."

One of the best things that personalities or brands like Letterman can do - especially in a tight, competitive battle - is cultivate an enemy.  That's the formula that Howard Stern used to his advantage for years, whether it was pitting himself against management (Pig Vomit, Tom Chiusano, Joel Hollander), the government (specifically, Michael Powell and the FCC), or any number of special interest groups.

Some years ago, one of our Summit guests was the author, Matt Ragas, whose book The Power of Cult Branding, resonated with our clients.  One of the rules for building a cult brand - drawing power from an enemy - perfectly describes what many personalities have been able to accomplish, and what Letterman is doing with Palin.

That's not to say that blind attacks on defenseless groups or victims makes sense.  But when there's a powerful and/or polarizing celebrity or brand, there may be opportunity to draw power from it.  Sarah Palin clearly fits that description on the one hand.  Rush Limbaugh does on the other.  He is famous for calling out big powerful people, and drawing power from them.

There are some risks involved in going after a high-profile celebrity.  But if the timing and execution are good, it has the ability to attract headlines, raise visibility, and generate buzz.  Clearly, you have to pick and choose your spot carefully, but couldn't radio personalities not named "Rush" use a little attention right about now?

There is a fine line here, as Dave pisses off the Republican faithful, and as advertiser boycotts are threatened, you know there has to be concern inside CBS.  But I'll also bet you that Conan is pissed that he didn't think of this.

IHO: Making rude comments about people’s children show regardless of the parent’s profession should never be air even if it was suppose to a joke. I do not think the man was sincere but more cumulative on his part just for a ratings boost. This show host will get a pass because he’s liked by a certain political party that the media caters too.

Palin & her 18 year old daughter are fair game ! If you want to put yourelf out there in the media as a spokesperson for abstinence when you yourself did not practice what you have preached ! Dave just got the daughters mixed up ! Palin already has implied way worse of Letterman & is taking advantage of all the media attention, gimmie a break !