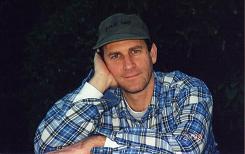 Today's blog is a guest post from Richard Sands, the publisher of The Sands Report, a great online trade focused on Alternative radio.  Last week, Richard wrote about how radio could learn from American Idol, and I wanted to make sure this great column reached beyond Alternative PDs.  Too often, radio programmers run away from mainstream, pop culture hits because they're too mass appeal.  In his article, Richard does a great job of pointing out many lessons that we can all learn from the American Idol model.

Before Richard created The Sands Report, he is perhaps best known for his many years at legendary Live 105 in San Francisco.  Richard is one of the pioneers of the Alternative format, and always brought a "think big" attitude to the station.  Of course, you can leave your comments below or contact Richard directly at rsands9@aol.com.

I know a lot of people pooh pooh American Idol.  Including me.  “An embarrassment of pop culture,” it’s been said.  And perhaps that’s right.  But before we close the book on season 8 of America’s #1 rated TV series (over 40 million people tuned in last week for the final seven minutes of the show!), let’s count down the top 10 things we learned this year:

1.) There’s a reason why McDonald’s is the most popular restaurant in America.  The latest news is that AT&T might have swayed the results towards Kris Allen.  But regardless, I think just about everyone would agree that Adam Lambert was the more deserving contestant this year.  When the winner was announced, it even seemed like Kris thought so.  While both are good singers and Allen might have some hits in him, Lambert was by far the more creative, original, and daring entertainer.  But maybe that’s not what America (at least middle America) is looking for.  After all, McDonald’s doesn’t sell the most original, daring or creative hamburgers.  They’re predictable, safe, and appeal to a broad swath of people who vote with their pocketbooks everyday.  So, does this mean Alternative radio has to be safe and predictable to win?  No.  Not at all.  But it does mean you don’t have to dare to be different every single minute of every day, either.

2.) America will accept a guy who wears black nail polish.  So the more artistic singer didn’t win, but he did come in second, and that’s not bad.  Alt radio doesn’t have to be #1 in the market 12-plus to succeed.  But it shouldn’t be running 8th (or worse) in the 18 to 34 year old demo, either.  Come on.  Are there really seven other stations in your market even going for that demo?

3.) Variety is the spice of life.  Watching Idol can be fascinating.  Not for the performances necessarily, but rather to try to figure out the programming.  Much of the music you hear is from the ‘60s, ‘70s, and ‘80s—a period well before all these contestants were born.  Further, it moves from week to week through the various genres—rock, country, Motown.  Successful Alt stations also find a way to showcase their own variety. 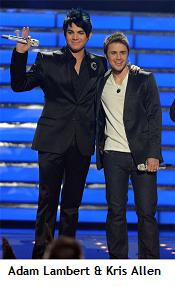 5.) Well developed personalities.  From season to season, the performers change on Idol, but what is consistent is the interplay of the judges.  Think of the judges as a morning show cast.  Each has a different role to play.  The hip one.  The honest one.  The villain.  Do your morning show cast members know their roles?  Are you sure?

6.) Less is more.  Speaking of roles, can someone explain to me the need for a fourth judge?  While Kara grew as the season progressed, she was badly miscast by the producers.  If her actual strength is that of a songwriter and performer, why not give her a backstage role as a writing/performance coach?  There she could give the contestants tips and add insights for the viewers about the creative process.  Remember: not all addition adds up.

7.) A pleasant host helps.  Trivia time.  Who was season one’s co-host?  Wrong.  Brian Dunkleman was his name.  It’s probably no accident that the other, and more successful co-host, Ryan Seacrest, came from radio.  He plays the role of  “Zoo-master” to perfection.

8.) Not all product placement sucks.  Sure there were the obligatory shots of judges sipping from their Coca Cola cups.  But the product placement I’m talking about were those extremely creative Ford spots.  That placement might have sounded very stupid during the pitch.  “Hey, we’ll get all the contestants driving around in Fords!”  Don’t automatically turn down every stupid sales promotion that crosses your desk.  Sometimes stupid sales promotions can actually be dressed up to be entertaining.  Yeah.  Sometimes.

9.) Even American Idol recognizes public service is an asset.  “Idol Gives Back” is the name of the show’s charity which gets airtime.  It’s always useful for any station and particularly the morning show to be involved with some good works.  It gives your fans a chance to say something like, “That morning guy on KXXX sure is an asshole, but at least he’s a caring asshole!”

10.) Controversy isn’t necessarily a bad thing.  Every year there seems to be a story or two about Paula’s drug abuse.  Or inappropriate contact with a young contestant.  And this year there was much online chatter about Adam Lambert’s sexuality.  Does any of this hurt the show?  Only if you think publicity is a bad thing.  And it almost never is a bad thing.