JacoBlog - Jacobs Media's Blog: MJ & The Changing Of The Guard

MJ & The Changing Of The Guard 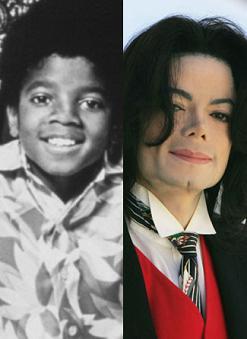 The shocking news of Michael Jackson's death sure felt a lot like when I heard about the passing of Elvis, except that in the digital world of information, it was a whole different story.  The fact that TMZ broke the story while the so-called cable news media, USA Today, and AP all waited around speaks volumes about how news travels in 2009.

And you can only imagine what they were talking about in all those venerable newsrooms this morning, as everyone hustled out Michael Jackson tributes of various kinds.  But the immediacy of events like this, and the need to be current and agile in an age of Twitterand texting hits home as the former journalistic icons have to cope with the fact than an entertainment website broke the story first.  And by the time you read about Michael Jackson in Newsweek or Time, the world will have moved onto the next news cycle.

Radio should feel a sense of loss here, too.  After all, AM radio introduced the Jacksons to the world in the '70s, and yet, many stations were voice tracking Thursday night and were unable to shift gears to cover this big event in pop culture.

Sadly, while teens are the group that have always discovered new artists and music, it isn't happening on the radio.  Last week, Inside Radio quoted a Nielsen study that showed that 40% of teens primarily consume music from an iPod-like device, but "a sizable number" choose radio as their primary music source.

The "sizable number?"  16%.  And based on that, the story concluded that teens aren't a lost cause for radio.  When you get excited about a number this small (and obviously shrinking), it's a sad commentary on radio's ability to play any role in young people's lives.

Most teens may not have much of a direct reference point to Michael Jackson, but they know something about who he was and what he represented to pop culture.  Radio could have actually played a leadership role last week, but too many stations were trapped by the economic tethers of voice tracking.  While some stations and personalities seized the moment, too many others reminded us why many consumers have moved on.

It is always sad when a person passes even one of fame. This continual coverage of MJ is disturbing because we have more important issue to deal with than a man who sang pop tunes for a living and once he's laid to rest the sadder part will be the fighting over all of his estate and monies by so called family and friends all for the sake of "the children" and how long it will be played out on National TV. RIP Michael.