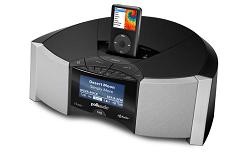 OK, I'll admit it - I'm conflicted about HD Radio.  I wanted to believe in this innovation when it was first introduced, and again when the Alliance was formed.  I was involved in the front end with RIFF 2, and have always been complimentary of what a great job they've done with this HD brand.

Additionally, I have worked with the Alliance to try to bring some of radio's best and brightest together to help problem-solve the HD Radio conundrum.  And last year, our company conducted research for iBiquity, in an effort to better understand how HD Radio is positioned in the radio community, and the types of actions that would improve its situation in an increasingly difficult economic environment.

But after listening to this newest round of creative from the Alliance, and reviewing the results of our most recent Tech Poll, I can't help but grow more pessimistic about HD Radio's ability to reach the public and create demand.

>
Click here to listen to the new HD Radio Commercials<

There is no shortage of fanatical HD Radio bashers out there - and I'm sure this blog will attract every one of them.  That's not why I'm writing it.

For the other 99.9% of radio professionals out there who want to read something positive about the business at a time when it is so easy to go negative, I have to raise the question:  Why are radio stations devoting valuable air time to ad campaigns that have no chance of successfully educating consumers, much less exciting them about HD Radio?  It's not my inventory, but we are all economically impacted by providing commercial avails to HD Radio initiatives that just aren't strategically created.

For years now, the Alliance had the opportunity to get the creative right, and this is another campaign that falls woefully short.  If they've been tested, let's see the results, but to most trained ears, these spots aren't going to create demand, educate consumers, or sell radios.

As we love to say in radio, this isn't brain surgery.  Researching consumer attitudes and opinions about HD Radio is elementary.  Crafting commercials that can effectively address negatives, while accentuating attributes is what we've all been trained to do.  In its own rock-centric way, our Tech Polls have identified both, and they are open to the Alliance, its ad agency, and any other interested parties.

This is not to say that selling HD Radios is an easy putt, because it's not.  The false starts, technical and retail problems, and overall lack of consumer understanding are daunting to say the least.

But we're not going to solve those problems with cutesy commercials featuring a guy with a French accent.  Unlike the HD Radio haters, there is nothing gleeful or "I told you so" about this post.  A successful HD Radio initiative could have been a difference maker in the digital landscape, but every year that goes by, radio falls further behind.

The Alliance - and radio - needs to do better.  The last thing radio can withstand is a visible failure at a time when buzzards are flying around traditional media.

How in the world can the Alliance think that these ads will sell anything?

Yet another travesty in the name of HD.