A Big Day In Radio

It seems like broadcast radio is almost always overshadowed by other media - whether it's TV, Internet, satellite radio, or movies.  Too often, radio is either overlooked or it's a putdown story about how radio is tight-listed, predictable, voice tracked, or slashing more staff.

The anti-radio press has been exacerbated by the fact that so many well-known radio personalities are simply MIA - from Adam Carolla to Steve Dahl to so many other once-big names who ruled the airwaves.  To a great degree, we've done this to ourselves as more and more celebrity DJs simply cannot get themselves back on the air.

So the return of Drew Lane to WRIF this week, and the "Drew & Mike Reunited" theme stands out as a happy exception.  First, kudos to Lane, Mike Clark, and everyone else in the cast for preparing a great debut show.  Second, the management and staff of WRIF is to be congratulated for putting together a multi-layered media campaign that earned coverage from both local newspapers, as well as all the local TV stations.

In fact, Detroit Free Press reporter, B.J.Hammerstein conducted a live chat with listeners from right inside the control room throughout the entire show, as media folks and camera crews were in and out of the studio all morning.  The chat thread alone is worth the price of admission.

The station broadcast the first show via webcam, and web visitors were greeted by a big splash page making it easy to access and enjoy the show.  Again, there was no question what WRIF was all about on this day. 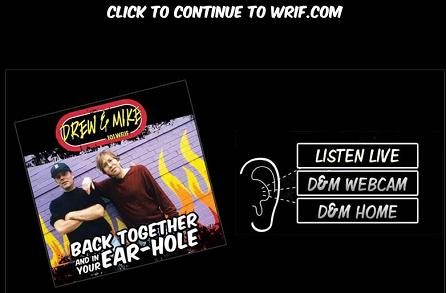 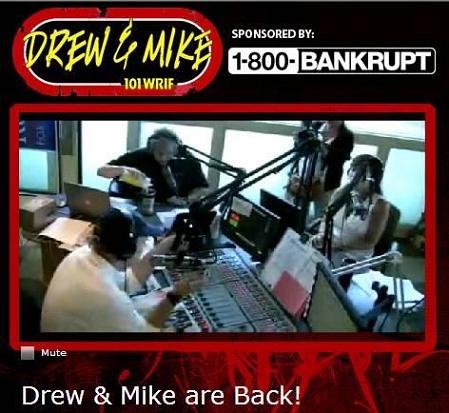 Radio needs to be the center of attention in local markets, instead of always being relegated to the back seat.  It took money, vision, and some balls for everyone involved to step up and make this event happen for WRIF.  The PR and sales response alone indicates a successful launch, and in a just a few weeks, we'll see the PPM evidence.

It was a great day for radio in a town looking for some good news.