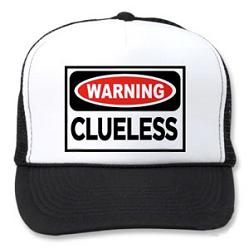 As they talked Twitter, and other major web phenomena, it became clear there is no shortage of skepticism about how to generate digital revenue, despite gargantuan page views and unique visitors.  Twitter was the center of their pessimism, but as Malone posited, "Sooner or later people are going to get addicted to some of these services and they'll be willing to pay for it."

Perhaps, but "free" is an amazing concept, and at the root of what newspapers are fighting in their quest to somehow start charging for some level of premium coverage.

Last year, I was fortunate enough to represent radio in an all-day symposium focused on how quality journalism can hope to survive the high-tech tsunami.  It was an august group of very smart people from all walks of media life, and I was excited about the prospects of learning what other industries were doing to monetize their digital products.

So often, radio professionals are beaten up for their inability to sell their digital offerings.  We work with so many stations that are driving tons of traffic to web cams, text messaging platforms, streaming, and iPhones, while often struggling to integrate reluctant advertisers.  There's cold comfort in realizing that smarter, wealthier, and more experienced gurus in this space are struggling right along with us.

Ken Auletta, a New York City writer who moderated the Allen & Company panel, came away with this nugget:

"No one had any answers" about making money from the Internet. 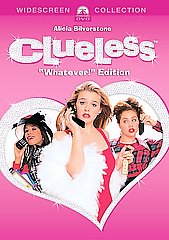 That pretty much summed up my experience, too.  Smart people, great digital offerings, some brilliant consumer integration, but generally a lot of shrugs about how to connect it all with advertisers in a meaningful, profitable way.  And lots of hand wringing about how to convince consumers to start paying for all this stuff.

The blogosphere is littered with know-it-alls who have all the answers.  I am not one of them.  I have a tremendous amount of respect and empathy for content providers who are struggling to make it all work.  When you think about it, it is truly an incredible event that media outlets, advertising agencies, and the record industry are all co-experiencing similar levels of pain when they could all be part of each other's solution.

But we'll keep trying to connect the dots and make it work.  In that spirit, we are excited to move the Jacobs Summit to a new and exciting platform in 2009.  As you probably have heard by now, we're partnering with the NAB Radio Show, and it's a big stage for us.

Both the NAB and the Summit have our work cut out for us to entice broadcasters to a convention that can exude relevance, and to show that we can present panels and sessions that are truly breakthrough and actionable.

Now if we could just answer that big question...