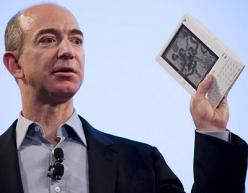 It's been an interesting month for Amazon.  First, there was the debacle with 1984 and the Kindle.  You probably read the well-circulated story about how Amazon botched a situation where customers had bought 1984 (and Animal Farm) only to find that one day, these books were mysteriously deleted from their digital readers.

It turned out that Amazon had an ownership issue with the Orwell books, and instead of going about the removal of these books in a transparent, honest way, they simply removed them from Kindles.  This was a very "un-Amazon" step, and the company has been pilloried on the Internet - and rightfully so.

"Our 'solution' to the problem was stupid, thoughtless, and painfully out of line with our principles.  It is wholly self-inflicted, and we deserve the criticism we've received."

This is typical Bezos - admitting a mistake, apologizing, and promising to do better in the future. 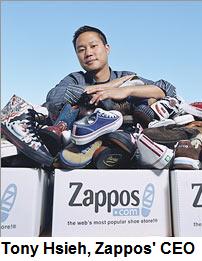 The other Amazon news revolved around its acquisition of Zappos, an online shoe seller that has a reputation for being hyper-focused on serving customers.  In a letter from Zappos' CEO to his company's employees, the transaction is explained, and Jeff Bezos is introduced to the rank-and-file in a great 8-minute video.

Titled "Everything I Know," it's an incredible statement of purpose that boldly lays out Bezos' philosophy on invention, customer service, the long haul, and always acting like it's Day One.  It goes a long way toward explaining why Amazon has become perhaps the most successful e-tailer in the world.

Bezos' video also makes you wish that other CEOs would take this example, and release their own statements of purpose.  All of us in radio don't see those internal memos that are sent to employees, so some of this communication is no doubt occurring within companies, and not on YouTube.

But we also speak with many radio employees who wish they had a better grasp on their companies' goals and initiatives - above and beyond achieving ratings and revenue numbers.

It's easy to criticize radio's CEOs during these tough times, but that's rarely productive.  That's because it isn't just radio going through painfully difficult times.  Newspapers, television, and other media outlets are all suffering similar but different troubles.  Even Microsoft missed its financial numbers last week, and immediately paid for it with a Wall Street thrashing.

It's times like these when CEOs are understandably struggling.  But it's also the time when the really great ones step up, provide direction and a way forward for their employees.

We wish them all well in their struggles and sincerely hope for better days ahead.