JacoBlog - Jacobs Media's Blog: It's All About ME

It's All About ME 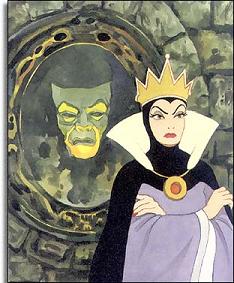 We all know those narcissistic people who can't go anywhere without being distracted by mirrors, or for that matter, any surface that provides a reflection.  But for too long, many radio stations have been guilty of just that - being self-absorbed at the exclusion of listeners.

To address that issue, Alan Burns has come up with a great new study that breaks down the content specifics across 20 CHR and AC radio stations across the U.S.  I suspect the same basic findings would apply to Rock, Country, Jazz, or Talk.

Bottom line - most stations spend the lion's share of their time talking about themselves, rather than addressing content to the audience.  So, on the one hand, technology like iPods has attracted consumers, and then radio pushes more away by rarely referring to them on the air.

This is what happens when research is largely quantitative - or worse, ratings reports from Arbitron or Nielsen - rather than taking the time to get eye-level with listeners in focus groups, one-on-ones, L.A.B.s, and on the streets at events.

When you take the time to sit down, and listen to your listeners, you get an understanding for their real needs, their concerns about the economy and their jobs, their love and passion for music, and how they feel about their communities.

Had Alan's company conducted a similar analysis of station websites, he would have reached the same conclusions.  Our newest Tech Poll generated a pecking order list of the elements that listeners value the most on radio sites.  And when you compare them with the home page content that adorns most radio sites, it's a real disconnect.

Between the ads - making most radio sites look like the outfield fences in minor league ballparks - to the lack of music content, it's not difficult to conclude that many radio stations are simply not providing the content their listeners cherish.  And when that happens, the exodus to iPods, Pandora, and other sources intensifies.

Clearly, some stations are trying, and the moves to access radio content on other platforms in the past year have been impressive.  It is about letting listeners enjoy a station and personalities on a myriad of devices, and in multi-locations.

But as we know only too well from our own jacAPPS business, just having presence on iPhones, iPod Touches, and other smartphones is not enough.  If the content's not there, the iPhone isn't going to be a difference maker, much less a savior.

Kudos to Alan for taking the time and effort to provide valuable information about the status quo of AC/CHR radio.  Now it's radio's turn to rethink some of the basics, and start turning the mirror away from itself, and to the most important customers - listeners.