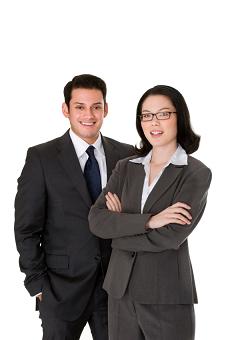 Yes, they look innocent enough, but these young media types are killing radio, a medium that continues to provide entertainment to millions of Americans, as well as results to thousands of advertisers.

Do they hate us?  Is it something we did?  Is it the result of bad parenting?

It turns out that according to Brent Bouchez, founder of Agency Five-0, the average agency creative person is 28 years-old - and that's where the disconnect comes into play.

Bouchez recently wrote a compelling piece in the Engage: Boomers series about how agencies simply don't "get" the power of the Baby Boomer audience.  He makes a strong case that while media buyers are mistakenly chasing after 18-34 year-olds, 50+ Americans generate more than 40% of disposable income; they buy 60% of all packaged goods, and in '07 spent 3.5 times the national average in online holiday shopping. 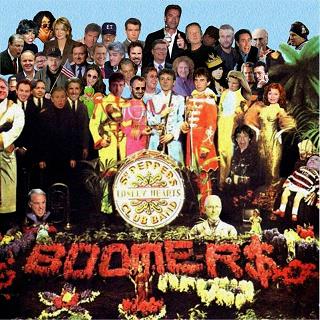 Last year, Adweek ran an article - "War of the Ages: How a host of new agency realities are pushing boomers out before their time."  It speaks volumes about the shift in the ad community toward youth over experience.

And one of the results is that Baby Boomers are consistently overlooked and undervalued - even during an intensely difficult recession.

But perhaps another more subtle impact of the young agency rat syndrome is its effect on radio in general.  I think you can make a case that just as there's a tendency in the ad community to lean away from Boomers - radio has fallen into this same trap.  Despite its steady reach, its local strength, and its ability to move products off shelves, it is positioned as "old media" by many in the agency world.

To some degree, we saw indications of how poorly radio positioned in that RAB Roundtable we covered in this blog last month.  And as many radio salespeople will acknowledge, the medium is often pigeonholed as stodgy and anachronistic.  Too often search, clicks, and ROI are more in vogue, despite the fact that Internet companies like Constant Contact use radio with success.

So I ask agency folks to give this one some thought, and ask themselves this question:

"Just how difficult is it to follow the money?"

This is an old story - and ironically one that the Baby Boomers wrote when they were in their 20s and 30s. Boomers dominated media focus when they were young, resulting in the premature demise of their parents as marketing goldmines.

Does anyone in NY remember the "35+ committee"?

Harry Chapin laid it out in "Cats in the Cradle" a long time ago. Fast forward 25 years and the boomers kids are proving that they did pay attention to their parents.