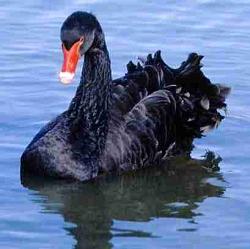 You know the scenario all too well.

Cluster A has a dominant Country station, so to counter it, Cluster B takes one of its loser FM signals and goes right at it with a Country spoiler of its own.

Cluster A won't take that lying down, so they deploy one of their dog FMs, changes the format and puts on a Classic Hits format to try and upend Cluster B's successful Classic Rocker.

Well, not really, based on the escalating war that Google and Microsoft are now engaged in (and let's not leave Apple out of the mix).

Then, Microsoft launches Bing, its answer to Google Search.  Bing has received positive reviews, and might emerge as a player in the search space.

Not to be undone, Google announced last week that it's going to create a new computer operating system - Chrome OS - designed to rival Windows' long-time dominance.  Talk about lofty goals.

Are these upstart events simply crazy or is this just the same kind of back-and-forth maneuvers common to radio formats over the years?  How rationale is it to go up against Google or Windows?  Yet, each company is confident they can do just that to each other.

The history of dominant brands suggests that it is indeed possible to create a new brand or product in this space that can rival - or even topple - a long-time category leader.  It's the "black swan" theory, popularized by Nassim Nicholas Taleb's book, The Black Swan: The Impact of the Highly Improbable.

And we've already seen it happen.  Remember that the dominant, first-in search engine was Yahoo! and it was rapidly obliterated by Google.  And that Facebook is set to pass MySpace for social networking (yes, we even saw that trend happening in our Tech Poll V).  Blockbuster has gotten kicked around pretty good by Netflix, too, in another example of how innovation can lead to improbable changes of the guard.

And in radio, it happens, too.  The Power Pig destroyed WRBQ.  WNRQ put WKDF out of business (forcing it to become a successful Country station!).  And WYSP crushed WMMR in the '90s - only to see WMMR come back and return the favor in the '00s.

There are scores of other examples in the radio space that speak to this notion that market leaders can be upended by clever, innovative challengers.  The improbable can and does happen, and the rapidity of the Internet appears to usher in more of these "black swan" moments.

But they don't happen by accident.  There is research, innovation, and dedication that mega-companies like Google, Microsoft, Apple and others utilize in order to run the kind of drag race necessary in order to damage a dominant brand or company.  It also takes balls.

As Google stated in their press release about their goal with Chrome OS, "The operating systems that browsers run on were designed in an era where there was no web.  It's our attempt to re-think what operating systems should be."

Now that's an attitude we haven't seen in radio in decades, perhaps since Bill Drake, and yet, reinvention is all we talk about in the trades, at conventions, and in board rooms.  I have long wondered what a company like Apple or Google might do if they swooped in and bought a major radio company, especially during these times when stations are cheap and bargains are plentiful.

Some re-thinking would be healthy, and beware the "black swan."