The $ummer Of Love 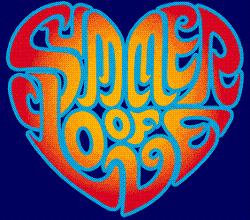 A recent New York Times article notes the smell of incense in lots of advertising these days - and there are signs that it will intensify into lots of marketing expenditures this year.

A number of brands are dredging up '60s images, clothing, decor, and phrases during the 2009 version of the Summer of Love.  Of course, August marks the 40th anniversary of Woodstock, coupled with the revival of Hair on Broadway, both of which are fueling this nostalgic trend.  Advertisers on the psychedelic bandwagon include Wawa (convenience stores), Macy's, Disney, and Volkswagen (featuring all those original Beetles).  CBS Radio has even created a '60s inspired channel, "Hair."

As Glen Dady, creative director for the agency that's producing the ads for Wawa told The Times, "For people in their late 40s and up, it takes them back.  And the younger people gravitate to it because their video games are playing music from that time period."

Of course, he's referring to Rock Band and Guitar Hero, which have revitalized a lot of Classic Rock for multi-generations of gamers.  For stations that specialize in Classic Rock, what's old is new...again and again... as the country just cannot get enough from the nostalgic '60s and '70s.  That's a great pitch to advertisers, who are always looking for more proof of Classic Rock's long-term viability.  They are looking for a little buzz in a tough economy.  And it continues to cement the value of the Classic Rock specialist in the radio landscape.