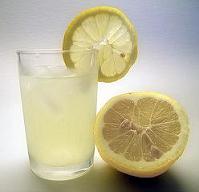 What do you do when you have a problem that's difficult and expensive to solve - even though all logic dictates that you must deal with it?

Simple - you turn lemons into lemonade.

That's what Arbitron has done with the cell-phone only issue.  From a problem with no solution five years ago to a marketing opportunity today, Arbitron and Nielsen are aggressively promoting their respective footholds into measuring respondents who have been off the grid for several years.

We're proud that Jacobs Media and our client stations put this issue on the map for the radio industry.  Back in '05, our first Technology Poll identified the problem, particularly as it pertained to young listeners of alternative stations.

With the help of Steve Goldstein and the Arbitron Advisory Council, we started asking the obvious questions:

Isn't it important that every listener - especially those who are members of growing population groups - has a chance to participate in the ratings process?

At a time when radio is already behind the 8-ball when it comes to attracting young listeners, doesn't the cell phone only problem only exacerbate the problem of measuring 18-34 listening?

Today, the inclusion of cell phone onlies isn't just a smart idea - it's essential to keeping up with the sweeping technological change impacting our society, and recognizing that growing segments of the population are altering the ways in which they communicate with others. 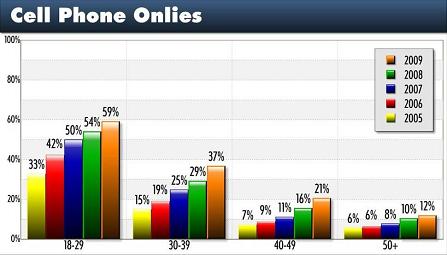 As we saw in the Bedroom Project back in '07, young consumers are increasingly shying away from landlines.  And as the economy has tanked, more and more adults are questioning why they need both a cell phone and a landline.

In order to accurately reflect what consumers are thinking and doing, research companies need to get with the program, recognize change, and adapt to it.

And in Arbitron and Nielsen's cases, it has actually become a strategic marketing tool.

Arbitron has a monopoly on the radio ratings biz. The absence of competition creates high prices, inferior products and little motivation to implement the wisdom of the "Arbitron Advisory Council".

Mario Puzo wrote in "The Godfather"-

"Like many businessmen of genius he learned that free competition was wasteful, monopoly efficient. And so he simply set about achieving that efficient monopoly."