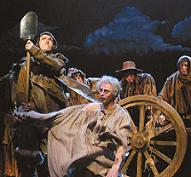 A new forecast from Borrell Associates is bold, and it has amazing implications if it comes to pass.  They're predicting that newspaper revenues will stop their decline this year, and will actually increase by more than 2% next year.  In fact, they believe that by 2014, newspapers will enjoy an increase of nearly 9% over 2009 levels. 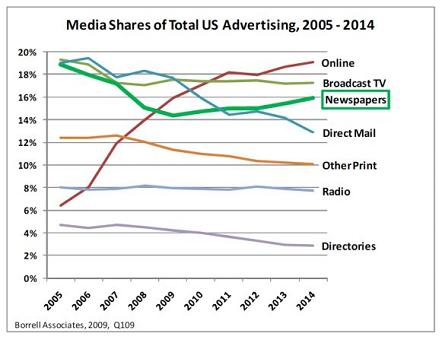 How is this possible for a media behemoth that has been roundly considered to be DOA?

Borrell believes that because newspapers have been on the leading edge of doom, they've been forced to look to digital products and revenues well before other media.  Therefore, they will be the first to figure it out.  But beyond that, Borrell believes that newspaper sales forces finally "get it," have focused on being customer-driven, and are especially sharper on the local level.

You'll notice on their chart that television and radio are headed for flat futures, according to Borrell forecasters.  So how does radio learn the harsh lessons that newspapers have endured, and move that graph in a positive direction?

Borrell notes that newspapers that successfully turn around their futures will "serve smaller advertisers on the marketing side."  This translates to going after businesses that haven't advertised with newspapers in the past.  For local radio, this is a no-brainer because it fits right in with how the medium should be marketed - on the street, solving customer problems, and going after new clients.

Secondly, Borrell says that a secret to newspaper success is focusing on "unique local content and less on wire service feeds."  I don't know about you, but this sounds analogous to emphasizing local talent, doing less voicetracking, and concentrating efforts on hometown tastes and desires.  Again, radio knows how to do this - but it must invest properly and wisely in its local content.

Since the economic downturn, I have explained to friends who have asked about radio's health that it's instructive to look at newspapers for important lessons.

When the economic tsunami hit last year, newspapers were sitting near the shoreline, and took the biggest hit.

Sadly, radio was just a few yards up the beach.  It just took a little longer for us to feel the pain. 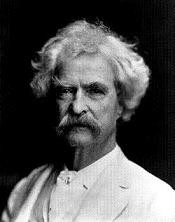 But if Borrell is right, necessity is indeed the mother of invention.  If indeed newspapers have learned how to evolve, adapt, and ultimately prosper, radio should be taking copious notes about how to pull off a similar strategy.

Let's hope that to liberally quote Mark Twain, "The rumors of our death have been greatly exaggerated."