JacoBlog - Jacobs Media's Blog: Out Of The Woods

Out Of The Woods 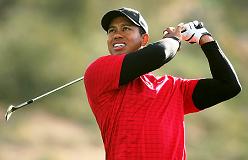 A recent Wall Street Journal feature, "The Count," that uses data to draw some interesting conclusions, notes that Tiger Woods tends to perform very well, even if a tournament is held on a course he's never played before.

The article notes that of the last 12 "virgin" courses Woods has played, he has finished 1st four times, and once each for 2nd, 3rd, and 4th place.

Now you're probably thinking that we're talking Tiger Woods here - the guy could beat the field after an all-night party with his college buddies.  But even he attributes his good fortune on new courses to a very simple formula - practice.  As he notes, "You just have to do more homework in the practice rounds."

This philosophy for the game of golf has its analogies in our world.  Yes, there are a lot of pros out there - folks who have been in radio for decades, and who are good at what they do.  But I frequently run into many people, looking for a job or even a researcher starting out on a new project, who are woefully out of touch with what the target station (and the rest of the market) is all about.

In the old days (pre-Internet), it was considerably more difficult to get the inside track on a station or the competition.  You often had to live in the market, or have a contact who did, in order to gain a sense for what was going on.

But today, a simple trip to a station website speaks volumes about the goals, execution, position, airstaff, and other key factors that are part of the operation's DNA.

Similarly, most people in radio have access to a monitoring service and even some ratings data in order to be sure their first experience with a station is one in which they sound knowledgeable, tuned-in, and ready to go.

Sadly, I end up on too many calls and in too many meetings where even the bare minimum of preparation hasn't occurred, leaving me wondering about what future chapters will reveal.  We all know how tough it is in this environment for job-seekers, vendors, and others who are trying to gain a foothold or a gig.  But an hour's worth of prep, research, and web-surfing can make the difference between a professional and an amateur impression.

Mirroring Tiger's strategy isn't just a good idea - it's essential in order to remain competitive and provide more value to radio in 2009.

In other recent developments, there's news on the consumer electronics front:

In an apparent effort to broaden their footprint, Radio Shack is dropping "radio" from its brand.  From now on, they will be known as "The Shack."

CMO Lee Applebaum says the move is about "just contemporizing" the way that consumers think about his stores.

Wonder if they ever investigated whether maybe "shack" sends out a not-so-contemporary, less-than-high-quality, uncool image?

As pointed out by the great book "Talent is Overrated," which uses Tiger as an example, greatness is all about how hard you practice. Hard practice requires identifying ALL your weaknesses, including the really minute ones, and either fixing them to perfection or finding creative yet effective ways around them. The concept is pretty simple, but only the greats put in the vast amounts of work needed to correct all the flaws.