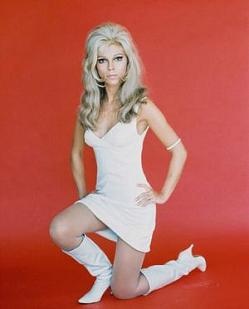 This performance tax kerfuffle keeps bringing out the worst in everyone - especially some of the fringe artists who are just waking up to the notion that perhaps they've been screwed by their record labels, and now look to radio to fix everything.

In an op-ed piece in The New York Times last week, Nancy Sinatra emerged as the most recent performer with a bee in her beehive, complaining about how radio has historically failed to pay its fair share.

Here are a couple of exciting highlights from her piece, with a few rejoinders from yours truly.

Nancy:  Radio station owners argue that artists receive free promotion from airplay of their records.  This is simply untrue.  Most of the music played on AM and FM radio is at least two years old.

Fred: I practice every day to find some clever lines to say to make the meaning come through, Nancy, but let's leave it at this.  From Country to Hip-Hop to Top 40 to Rock to Christian to Urban, radio continues to expose new music to Americans.  And beyond new music, it is artists like you and your dad that have greatly benefited from the airplay of oldies and standards because so many consumers buy catalogue product.

Nancy: And the practice of "backselling" - mentioning the name and performer of the song that was just played - has fallen into such disuse that a decade ago the nation's largest radio station operator, Clear Channel, asked for $24,000 per title to mention that song's artists on the air.

Fred: Nancy, you've been messin' where you shouldn't have been a messin' because that Clear Channel policy is older and even dumber than 'Less Is More.'  And it never really worked anyway.  The fact is that radio got the message about song and artist identification years ago.  Check out station websites to see last song played info, entire playlists, and the opportunities to purchase music.

Nancy: I believe in a performance royalty because recording artists and musicians from every generation deserve to be compensated for their art.

Fred:  But Nancy, I can see it in your eyes that you despise the same old lines you heard the night before.  Radio hasn't just played hit songs with emphasis and enthusiasm.  Radio has sold concert tickets, CD box sets, digital remasterings, and just about everything the labels have cooked up for decades to sustain their artists.  And usually for no compensation.  All those gold and platinum records you gave us speak volumes about the impact of radio airplay and promotion, as well as ancillary support for concerts.

Nancy:  We should make sure all artists are paid when their creations are heard on the radio.

Fred:  What's right is right, but you ain't been right yet.  Nancy, start walkin'.

You just wrote you a brand new set of matches, yeah....

Since you used portions of "These Boots Are Made For Walkin" and matched its lyrics to your cleverly worded retorts to Nancy's points...maybe you're elgible for a songwriter's credit with Lee Hazelwood and therefore eligible for that royalty. You could then donate that to the anti-performance royalty battle!

I think the performers need to understand that so many of us got into this business because of our LOVE for music. We WANT to help the artists prosper, we WANT to promote their music. We need to work together, not at cross purposes.

What I'm curious about is this: How many artists have any kind of clause in their current label contracts that provides them any access to funds that might be collected from this proposed performance tax? Or are they just trusting that the music conglomerates will do the right thing? Like they always have? ((wink wink nudge nudge)).