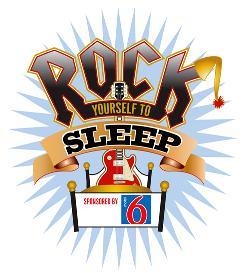 It's interesting how a deep recession can change the conversation in the corporate boardroom.  As the economy continues to hit speed bumps, companies are finding new and different ways to innovate, make some noise, and attract some attention.  They're exploring new partnerships and alliances that never would have been considered during the cash cow days.

In this case, it's Motel 6.  Their occupancy rate is down this year, and now they're stepping up to provide free rooms to three up-and-coming bands for a six week tour.  (Why not also offer discounted rooms to fans who show a ticket stub and get a special deal at Motel 6 when these bands tour through their towns?)

First, they're creating some buzz, a topic that we will explore at our Summit @ The NAB in September when Mark Hughes, author of Buzzmarketing, takes the stage.

But in the process, they are also acknowledging the importance of the youth market, a concept that continues to escape commercial radio.  For Motel 6, it's a smart way to nurture customers at a key age when their purchasing habits are still forming.  As their VP of marketing, Jeff Palmer, notes, "If they stay with us young, maybe they'll remain brand loyal."

That's long-term thinking and planning - addressing the need to replenish aging customers with an influx of youth.  We could use a little of that thinking in broadcast radio.

Last year, Denny's tried something similar with a free food offer for emerging bands.  Their CMO, Mark Chmiel, points out that "If you want to get the 16- to 24-year-old demographic, the No. 1 connection is entertainment.  That's music, video games and social media."

It's also radio.  Or it used to be.  As other major brands continue to nurture young consumers, radio continues to ignore a key growth sector, despite its connection to music and lifestyle.