« Out Of The Woods | Main | Miscasting in Broadcasting »

The Speed Of Survival 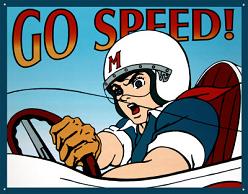 Years from now, it will be much easier to post-analyze how media spending and advertising changed during this past decade.  Until that time, those of us in the middle of this maelstrom have to figure it out as we go along.

That's precisely the challenge facing CEOs of major newspapers, television networks, and of course, radio companies - fixing the jet while it's airborne at 35,000 feet.

Our entire model is changing before our very eyes, but depending on where you sit at a local radio station, it may not be so obvious to you.

That's the difficult part about this change - its rapidity.  It wasn't so long ago that everyone was on dial-up, that 24 hours was the protocol for answering email, and that your cell phone had only one function - making and receiving phone calls.

The photos below are rapidly becoming nostalgic, quaint memories of a business that is morphing right before our very eyes: 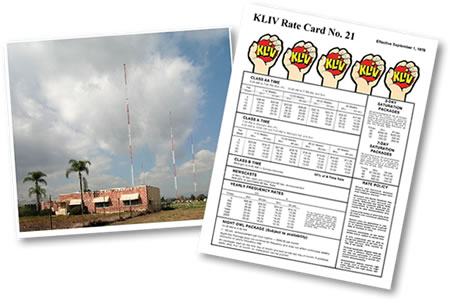 In just a few short years, we're all on hi-speed Internet connections, many of you sleep with and wake up to your cell phones, and your mother is now on Facebook.

But while we toil away at surviving this recession, getting through 2009, and living to fight another day in radio, the bigger change has taken root, and is permeating our world.  The move to online advertising isn't just creeping along - it is becoming pervasive.  It wasn't that long ago when agencies set aside a small portion of an ad budget to "experiment' with digital.

Today, Forrester Research reports that online spending will comprise 12% of the total advertising pie this year, but is projected to increase to 21% five years from now - while overall budgets remain about stable. 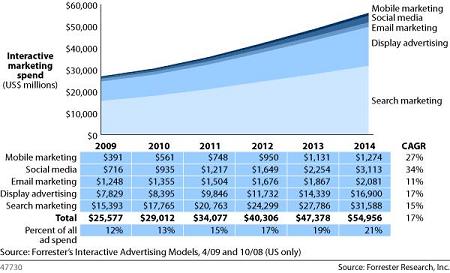 Josh Bernoff, analyst for Forrester, sums it up this way:

"Pundits have been declaring the end of mass media and advertising for years now.  From my 14 years of experience analyzing this stuff, I've learned that things die very slowly, but there are real trends you can see.  If you're in advertising, you'd better learn to speak digital, because that's the way the world is going."

Yet, there's another side to this, too.  Some of the biggest, best, and even fledgling digital/tech companies are using traditional outlets to build their businesses.  Apple loves to use "old media" to elevate its brand.  Constant Contact advertises on the radio.  If traditional advertising didn't work, why would some of the smartest companies still be going this route?  (Sounds like an RAB pitch, doesn't it?)

And that is at the root of the debate in advertising circles.  Is branding dead, and is it all about clicks and instantaneous results?  Yet, if that's the case, how do consumers trust which Google paid ad to click on?  Doesn't knowing that it's an HP printer say more than it's a Fargo printer when you see them both on sale?

It's one thing to buy a printer online.  It's another to walk into a BestBuy or a car dealership or a restaurant.  And isn't that still at the epicenter of what radio continues to bring to the advertising table?

Radio needs to do a better job of telling stories because the data (especially PPM and rate cards) won't get us there.  Especially in an ad world where we simply don't get the automatic buy, and the lion's share of the budget anymore.  Radio is no longer entitled.  Every dollar has to be earned.

It was notable at this year's Morning Show Boot Camp that many of the personality attendees have reached this same conclusion.  They increasingly grasp the notion that rank, trends, TSL, and all the old metrics mean very little if they aren't willing to get out there and help their stations make money.  If it's becoming that clear to the folks in the air studio... 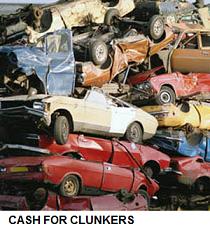 Couponing programs have been effective for many, many stations this year.  Paul Jacobs has been all over this approach for months because he realized early on that radio would need a direct, demonstrable way of showing traffic and results during a steep recession.  His "Cash for Clunkers" memo from back in June was another example of creative packaging, and working directly with local advertisers to ensure success for a topical event.

We cannot change the way the wind is blowing.  A digital strategy continues to be a mandatory part of the discussion.  It is why we initiated the W.T.D.A. ("What's the digital application?") campaign in '08, and why we emphasize the need to think strategically with guide books like Seth Godin's Meatball Sundae.

But as Josh Bernoff suggests, "old media" isn't going to just go away.  Radio will continue to be viable, even in the face of reapportioned budgets and the evolving digital reality.

Figuring out how to position what radio continues to do best is the other immediate challenge facing broadcasters.  It's time for salespeople to put away those rate cards, for GSMs to start seizing the opportunities, and for DOSs to think more strategically.