TV & The Fountain Of Youth 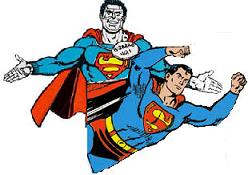 Radio professionals must have laughed - and then cried - when they heard Craig Ferguson's rave at his network bosses over their obsession with youth.

In a monologue last week, dubbed "Why Everything Sucks" - Ferguson went off on CBS sales executives and their clients for their narrow focus on the youth of America.

Of course, in the Bizarro World known as "American Radio," our myopia is centered on Baby Boomers and older listeners - up until they reach age 55, of course.

Ranting at "the deification of youth," Ferguson railed that the reason that everything sucks is because young viewers are so important to his show.

In radio, CHR and Alternative programmers are hit with the opposite insanity - having to attract older listeners to formats that don't comfortably appeal to them.  Even with the broader success of youth-oriented formats in PPM - where many are showing up nicely in 25-54 rankers - the selling process is still arduous.

So, the visual media worship youth at the expense of older, more experienced viewers with money.  And in radio, if you have too many high school and college-aged listeners, you can't get arrested.

Advertising moguls are grappling with the changing digital landscape, as dollars gravitate from traditional media to digital outlets, and as accountability is being measured by clicks.  But those in charge of all those media dollars have other challenges to address.  Like why youth is celebrated in television, and vilified in radio.

Aren't both mass appeal media hurt when their potential to appeal and engage are self-limited by broadcasters and management that artificially attempt to deliver only certain types of listeners?  Haven't we learned from this past election cycle that the stereotypes about who does what, who votes for whom, and who watches and listens to select media sources is all up for grabs?

The conventional wisdom is hopelessly flawed.  And as the media, entertainment, informational, and digital worlds are being redefined as you read this blog, it's time for the content providers, the agencies, and other interested parties to get on the same page, and start delivering for the companies they allegedly serve.